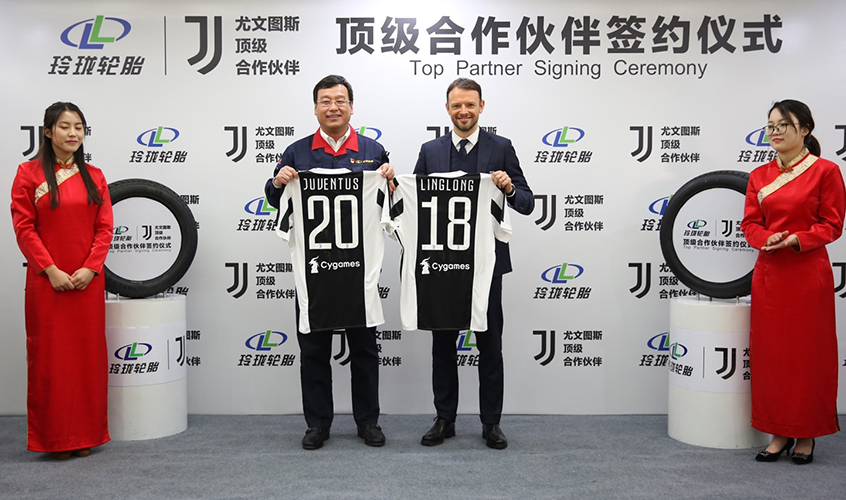 According to a filing by Shandong Linglong on the Shanghai Stock Exchange, the company intends to lay the foundation stone for the plant in April 2019.

The project will be carried out in three steps and will be completed by 2025. According to the SeeNews website, 13.6 million radial tires can be manufactured annually.

Shandong Linglong said it decided to build the 4.2 million square meter factory in Zrenjanin because Serbia has lower investment, construction, labor and energy costs compared to other countries in Europe. It had considered Poland, the Czech Republic, Slovakia and Hungary before choosing Serbia.

Shandong Linglong became a sponsor of the Juventus soccer team in February (picture).

Rubber News magazine reports that the company has already built an overseas factory in Rayong, Thailand and has been looking for a second location for two years.

Zrenjanin is a town with about 75,000 inhabitants in the Vojvodina province, about 80 km north of Belgrade.

The project must be approved by the National Development and Reform Commission of China and the Ministry of Commerce and the state foreign exchange administration of the country.

The news of the investment follows months of rumors in the Serbian media that Linglong wanted to spend around 400 million euros in the country.

Serbia claims to be the European country with the closest economic and diplomatic ties to China. According to the Serbian government, Chinese investments totaled around USD 6 billion at the end of last year, and the Bank of China even opened a Serbian branch in January 2017 to serve Chinese companies looking for business opportunities in Serbia.