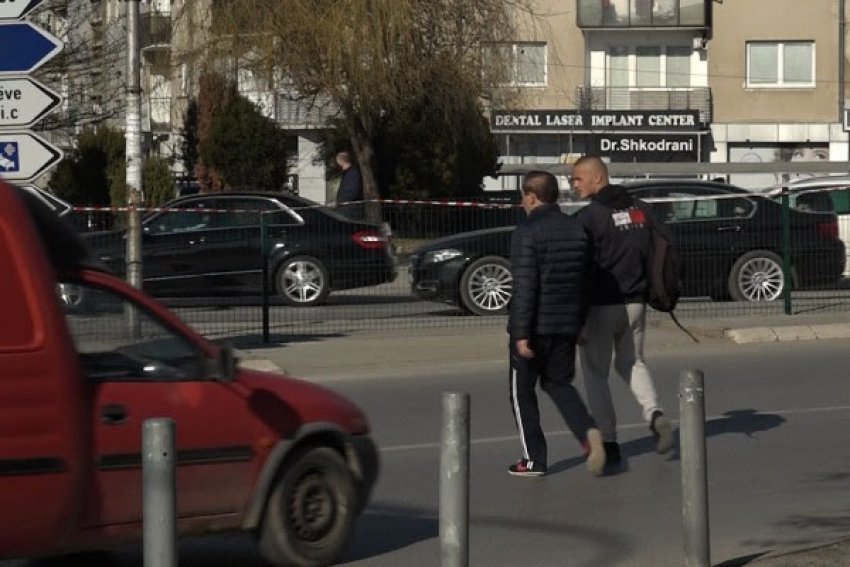 The overpass at the “Ali Sokoli” medical school in Prishtina was inaugurated eight years ago, but so far it has been used to a small extent by the citizens.

Finally, the Municipality of Prishtina put fences blocking the road so that citizens do not cross the old crossing. Thus, this has pushed many citizens to use the overpass, but some of them ignore the obstacles placed and cross the road to the flag circle.

Gentian Krasniqi, student, says for KosovaPress that the overpass at the school “Ali Sokoli” is not usable and that he himself has used it for the first time now after blocking the crossing.

Krasniqi: I passed yesterday for the first and last time

“I know that a long time ago the overpass was made here and it was never used. I was surprised, I believe that a traffic light had solved this issue more than blocking the crossing. “Only yesterday I passed (in over) for the first time, the first time and the last time”, he said.

Pashkë Gëzimaj says that the reason for not using the overpass in this part of the city is due to its dirt and lack of maintenance.

Gëzimaj: There are no conditions for people with disabilities and the elderly

“Everyone here can be in a hurry and now the overpass is unclean. There can be a car that most people pass by, as it seems far away… It could be an invalid or elderly person who can not walk and an elevator must be placed. “The situation is seen as a catastrophe,” he said.

Magbule Ibrahimi, a citizen from Prishtina, says that the overpass at the “Ali Sokoli” school is being used very little by the citizens. She says she has never used this overpass for circulation.

“Although I rarely attend this part, I do not find it reasonable why it was once opened and now it is closed. What is this work with these constructions in us? “I have never just gone through the media that I have seen not used for bad things,” she said

Sabri Rexhepi says that the overpass should be functional and that this decision is appropriate for pedestrian safety.

Rexhepi: The overpass must be functional

“For pedestrian safety is the right decision at the moment, although the overpass had to be functional. Now, as can be seen from the situation itself, what this is is not right. It should have been and it is a place designated for an elevator, of course for the elderly it is a bit more of a problem, but here is the situation “, he said

Otherwise, the construction of this overpass has cost 180 thousand euros. Earlier, the Municipality of Prishtina said that this overpass is used only by 10 percent of pedestrians, from 80-90 percent of them who are expected to use it.

The overpass was built so that citizens are not endangered by numerous vehicles. The load becomes bigger due to the fact that in the vicinity of that location there is an urban bus station, a high school of medicine, an ambulance, an UCCK, as well as an interurban station in the relation Gjilan-Prishtina and Ferizaj-Prishtina.