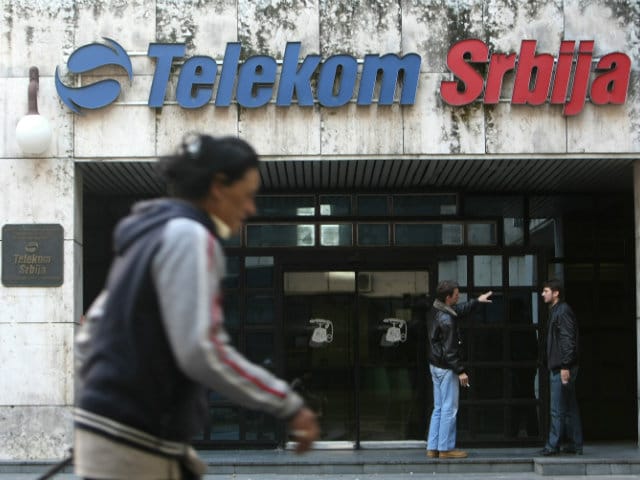 Serbian President Aleksandar Vucic said on Monday that he would speak to Albanian Prime Minister Edi Rama about reports that Serbian Telecom’s planned investment in the Albanian telecommunications company was undesirable.

“I will speak to Rama today or tomorrow and I hope we will resolve this situation,” said Vucic at a joint event with NATO Secretary General Jens Stoltenberg in Belgrade on Monday.

“Telekom Srbija wants to position itself as the regional market leader in the telecommunications market in the region and has made an offer to buy Telekom Albania,” the Serbian company told BIRN.

Both Serbian and Albanian media have reported that Serbian investments in Albanian telecommunications are not welcome.

The Serbian President said on October 6th that by rejecting Serbian investments and funds, Albania is running the risk of “sending the wrong message”.

“There are no such restrictions in our country. Anyone who wants to create a positive climate cannot make a difference where the money comes from, whether it is Serbian or German or another capital, ”Vucic told journalists, reported the Serbian news agency Tanjug.

Serbian Telecommunications Minister Rasim Ljajic told the Serbian daily Kurir on October 2 that the investment plans in Albania were “a good and logical step that speaks about the power and potential of a domestic company to become telecommunications leader in the Balkans”.

Two days later, Ljajic said that Serbian Telecom’s offer to buy Telecom Albania does not mean that the Serbian state has abandoned its plans to sell the company outright as the deal would add to its value.

“If the company is sold the price will be higher and we will charge more than we would have done without this acquisition,” Ljajic told Radio Free Europe.

In the past seven years, the Serbian government has tried to privatize Telecom twice, but the offers were not accepted by the authorities.