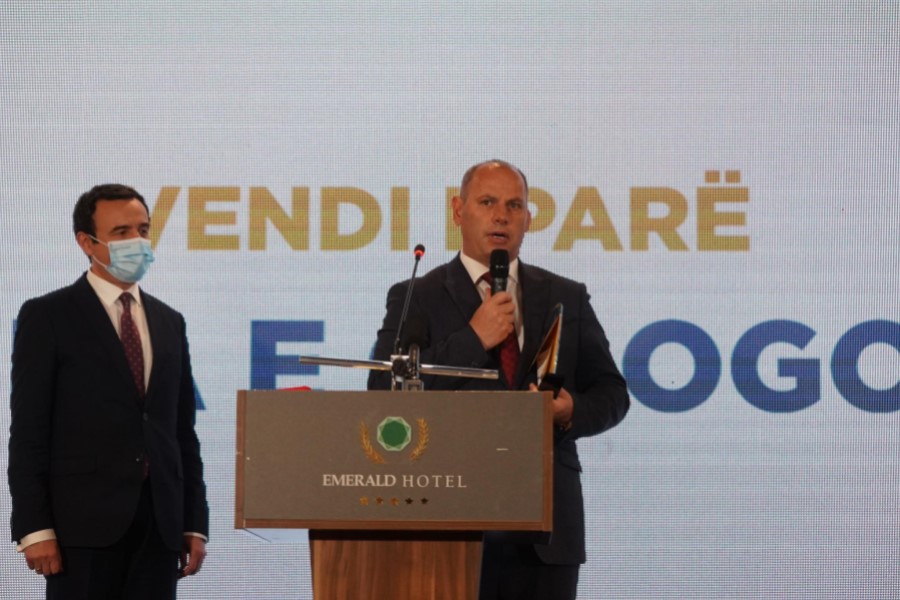 This was announced on the occasion of the allocation of the municipal performance grant for fiscal year 2021, where 21 of them managed to receive grants while 17 others did not meet the conditions.

The award for the first municipality was shared by Prime Minister Albin Kurti, who said that measuring municipal performance is very important as it increases transparency, facilitates the effort to achieve legal standards, promotes competition, and made the behavior of employees in achieving target pages.

The fundamental thing of the performance management model, according to Kurti, is that the measurements are accurate and realistic.

He said that local government represents the value of the development of civilization.

“The overview of our development and progress as a society are precisely the municipalities in their entirety. Municipalities can work on economic development plans and strategies. They are responsible for licensing business activities, applying taxes and fees, providing infrastructure and basic education, and adopting regulations that affect economic development and job creation. In all democratic countries, the municipality is the most important institution for addressing the requests of citizens with the task of correctly representing the needs and views of the locality. “Local government represents the added value of civilization in any modern political system, which is often said that there is no democracy without local self-government,” he said. The Minister of Local Government Administration, Elbert Krasniqi, said that the reward increases competition and this has given their effect in improving services.