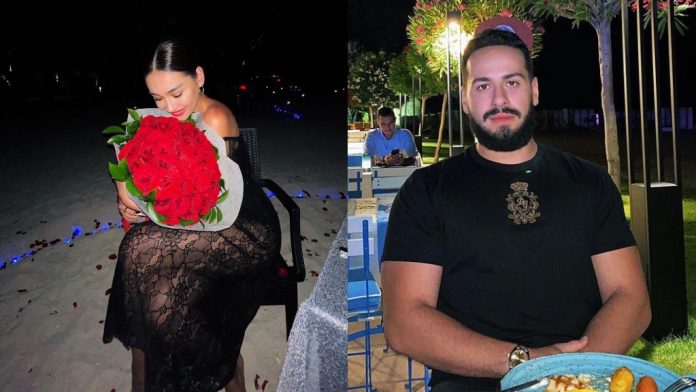 Adrola Dushi is one of the most beautiful Albanian women.

The former Missi has stayed over the years in the public eye, and a portion of her beloved private life has inadvertently become known to her fans and fans. It has long been rumored on the net that she and Capital T are in a relationship.

They are often caught on the mat, but have never publicly acknowledged it directly. From now on, you either have to wrinkle your mouth or your pocket…

Adrola recently posted on social media a romantic photo during a dinner by the sea, where she is seen with a bouquet of roses in her hands.

The lovely model is surprised by her man of heart, whom everyone is convinced is Capital. Fans immediately burst into comments, mentioning the rapper’s name and congratulating him on the romantic surprise.

But apparently these words and news have irritated the famous model because through a post she writes: Let the dogs bark, the caravan moves forward! Cruel beings! ”, Adrola concludes, implying that he is upset by the words of the people.

12,000 Square Miles Without Obstetrics? It’s a Possibility in West Texas