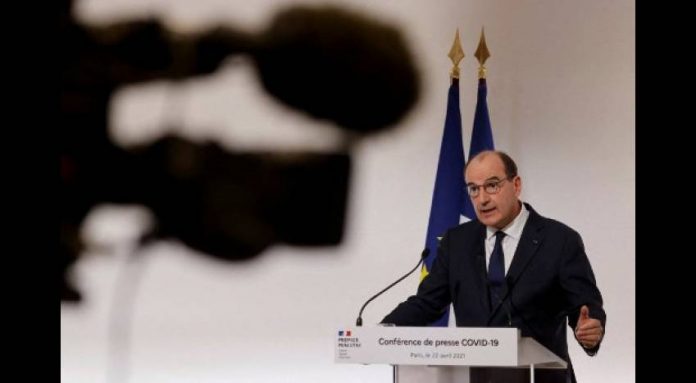 French Prime Minister Jean Castex today detailed the calendar for the gradual easing of measures taken to combat the pandemic, with restrictions on movement to be lifted during the day starting May 3, as well as the reopening of non-core businesses around mid-May.

“The peak of the third wave of the epidemic is behind us, with a real drop in viral circulation for ten days,” Castex told a news conference.

“France has also reached the peak of the wave of hospitalizations and we can hope for the start of a discount within a few days,” he added, reports ATS.

The Prime Minister stressed that the list of facilities is not permanently fixed, it will be accompanied by special conditions, if necessary territorial, which will evolve in stages.

Regarding schools, the beginning of the school year will be as planned: from Monday 26 April in kindergartens and primary schools, and from 3 May for secondary and high school students.

The COVID-19 epidemic appears to be declining in France, but many health experts warn of the fragility of the decline, as pressure on the health system remains strong, with 30,634 hospitalized patients, including nearly 6,000 in intensive care , according to the latest figures.