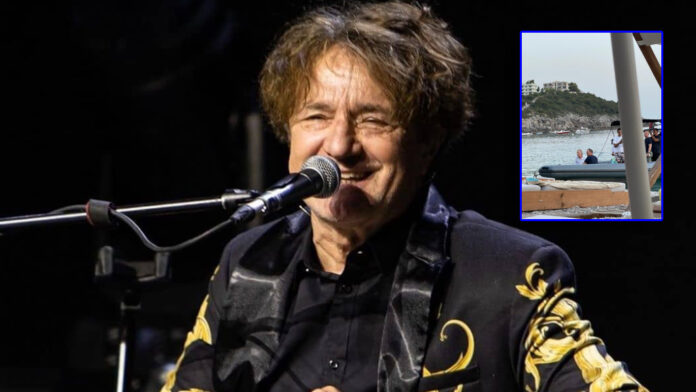 Serbian singer Goran Bregovic, who has become a symbol of boycott in recent days in Albania due to the invitation he received to be at the Korça Beer Festival, has come to enjoy the beaches of our country.

Former US envoy for Kosovo-Serbia dialogue Richard Grenell is photographed on a boat with Bregovic.

The following photo comes from the shores of Jala, where Grenell has been resting for several days and was published by the leader of Vetëvendosje in Albania, Boiken Abazi.

The photo shows Grenell and businessman Irfan Hysenbelliu who is one of the sponsors of the Beer Festival that is planned to be held from 18-22 August, in Korça.

But, Dosja.al has learned that the Serbian singer Goran Bregovic has joined them.