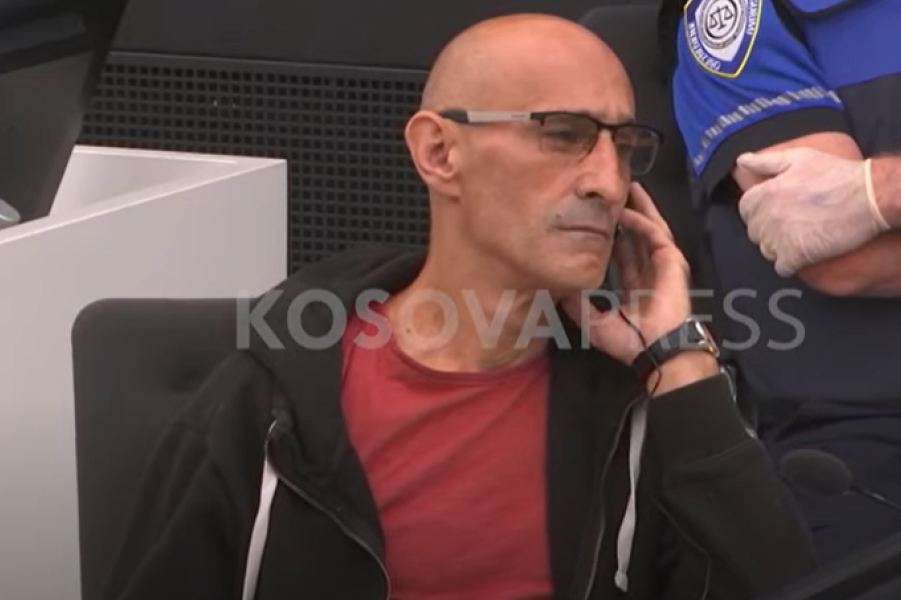 The third part of today’s session where the trial was held in the case of former member of the Kosovo Liberation Army, Salih Mustafa, was conducted with questions by Mustafa’s lawyer.

The witness answered the defense’s questions about the day he claims to have been taken by some people, and about his stay in Zllashë.

Mustafa’s lawyer, Julias Von Bone, asked the witness if he had seen the offensive and how long it had taken him to reach his place of residence.

As for the moment of detention, the witness said that the persons were introduced to him as military police and stressed that they told him to go with them to Zllashë as they have something to talk about.

The witness said that he had his head in the bag from the moment they put him in the car.

Lawyer Von Bone: How long did the trip take?

Witness: In other words, they do not have more than 20 minutes.

Lawyer Von Bone: Who did this?

Witness: That person in the red hat

Lawyer Von Bone: This was not the one driving the car, this person in the red hat

Witness: No, the car has no other arm, the one with the red hat was seated there together

Lawyer Von Bone: Can you describe that man (in red hats)

Witness: Tybe I do not know how to prescribe and I had the bag on top

Lawyer Von Bone: How do you know he wore a red hat then?

Witness: I know when the car came, I got in the car, I had it for a minute or two, he had a hat with a uniform, it was him, and the driver was in a uniform, I do not know more.

Lawyer Von Bone: It’s raining, has it rained any day?

Lawyer Von Bone: How did you understand the days that passed, how did you distinguish one day from another.

Witness: I have no day where I am, neither what day it is nor what time it is, until I went out that day on the 18th I have no day anything.

The third part of today’s session, the accused Salih Mustafa followed via video link, something was allowed by the trial panel,

Mustafa himself at the beginning of the session today had asked for the floor where he had stated that recently he is facing stress, but as he began to count the factors for his condition, the session continued closed.

The trial panel announced today that Mustafa will have the right to follow the hearings via video link, but in certain cases he may be invited by the trial panel to be present in the courtroom.

This is the first trial that has started in the Kosovo Specialized Chambers in The Hague. Salih Mustafa is the first detainee from the Special Forces. The indictment against Mustafa was confirmed on June 12, 2020, while he was arrested on September 24 last year, on charges of war crimes and against humanity.

In his statement before the court, Salih Mustafa pleaded not guilty.