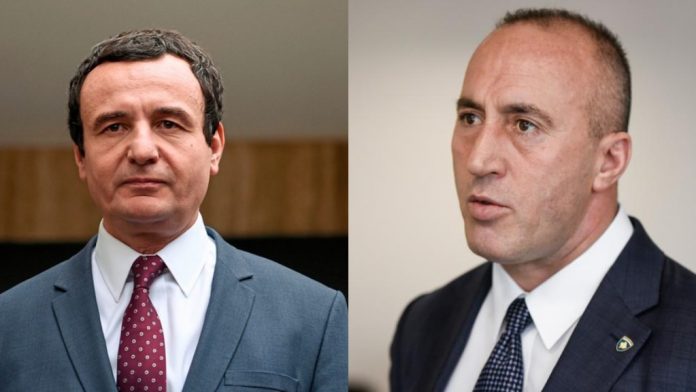 Former Prime Minister of Kosovo, currently chairman of the AAK, Ramush Haradinaj has publicly called on Prime Minister Kurti to give up the four points proposed today in Brussels and keep only one point, that of mutual recognition within the existing borders.

Haradinaj said that the points proposed today by Prime Minister Kurti, push indefinitely the dialogue process and could enable Serbia to open a new chapter.

“The proposal of four points in today’s meeting between Kurti and Vucic with the mediation of the EU, has been given space to the Serbian side but also to the EU to talk about which point they want, so they are pushing the dialogue process indefinitely instead of just asking for mutual recognition.

This form of dialogue only enables Serbia to open a new chapter, while Prime Minister Kurti pays frequent visits to Brussels and vice versa.

We have seen this form of talks in the past “, said Haradinaj, on RTV21.

He called on Prime Minister Kurti to abandon these points proposed today and to seek only mutual recognition, from which then comes the peace agreement.

“I ask Kurti to give up his document, from these points, ie from the four topics he has presented today, to organize only one topic and that is mutual recognition within the existing borders from which now derives the agreement on “Peace, Kosovo’s position returns to an equal economic and trade position, for integration, for EU membership, towards NATO and membership in the UN”, added Haradinaj.

Haradinaj said that Kurti could not deceive all the citizens of Kosovo if they were doing it with those who voted for him.

“What happened today in Brussels by Prime Minister Kurti, is a great deception to the citizens and damage to the state of Kosovo, but this does not pass because Kurti can not deceive a Kosovo.

“If he treats those who gave him the vote as he is treating them, do not forget that the other half did not vote which they have no reason to come to the market to deal with the truth”, concluded Haradinaj.