He offended Alioski, the Albanian followers return this message to Arnautovic 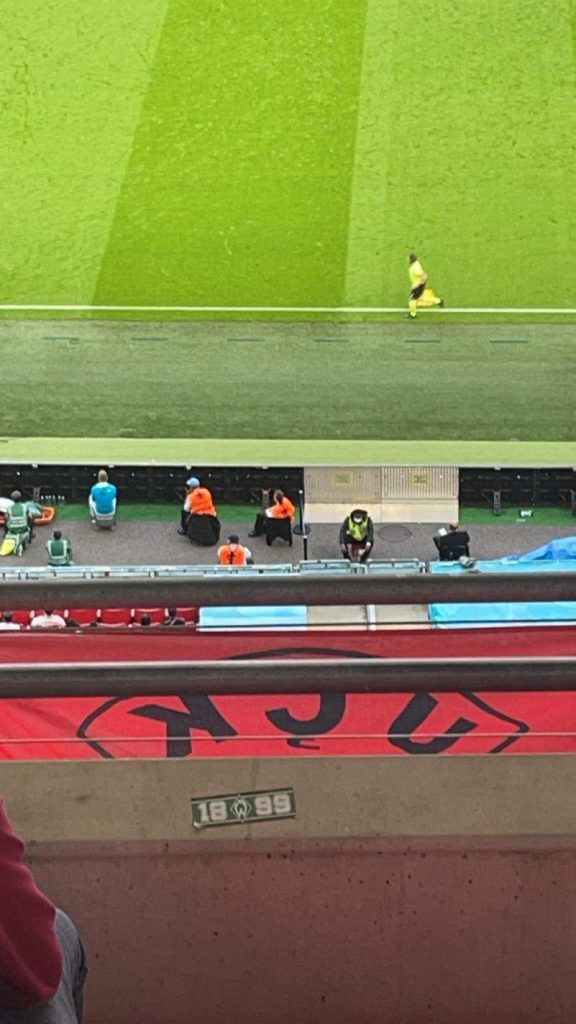 Austrian striker Marko Arnautovic was sentenced to a non-playing match at Euro 2020 because he insulted the Albanian football player Esgjan Alioski in the match against Northern Macedonia.

After missing the last match, Arnautovic has returned and is playing against Italy in the 1/16 phase of this competition, KosovaPress reports.

Although he had apologized publicly for the gesture made to Alioski, the Albanian fans did not forget and returned it with a message unfurled in the stands of the “Wembley” stadium.

“Arnautovic, goodbye mom”, is written on the banner unveiled in the stands, while the “KLA” banner was not missing in this stadium. “Hello mom” – Albanian fan has a message for the Serbian striker of Austria, after he offended the Albanian footballer of Northern Macedonia – Latest News