He said that he is an apartheid, but evidence emerges when Përparim Rama supported Albin Kurti 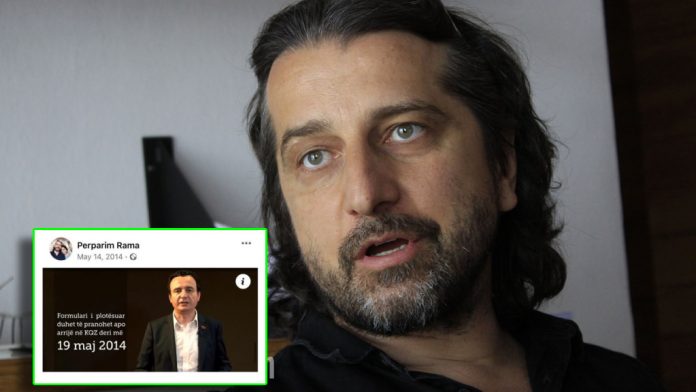 He said that he is an apartment man, but it does not turn out to be so. Even the LDK candidate for Prishtina, Përparim Rama, does not appear to be a supporter of the party with which he competes.

Përparim Rama, the LDK candidate for mayor of the capital, seems to be a voter and supporter of Vetëvendosje.

A little more detailed research of his Facebook profile is enough to see that in the past he openly supported Albin Kurti and Vetëvendosje.

In 2014, he shared on his Facebook profile a spot by Albin Kurti where he talked about the arrival of the diaspora to vote in Kosovo.

Apart from voting for VV, Rama traveled from London to Pristina.

This can be seen in a description of a photo posted by the former VV MP, Fisnik Ismajli in 2013.

While publishing photos with Përparim Rama, he wrote that the latter came from London to vote.

“He lives in London. Who will be the VV candidate for Prishtina? Flet Albin Kurti