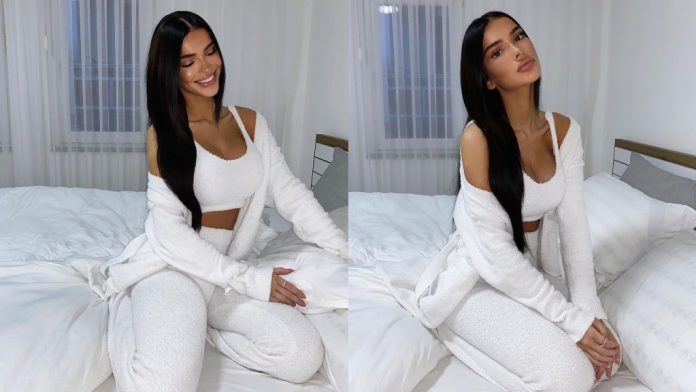 She along with rapper Fero will become the parents of a daughter. Meanwhile, the same activity that the model has had on social networks, is doing the same continuously.

In some posts on Instastory, the brunette beauty has brought a series of at.active images, among them with her partner. Numerous photographs were taken before she became pregnant, while focusing on sensational body features.

Remember that Arbenita is a successful model in England, while she became even more popular through her connection with Feron./Express/