Kurti: Establishments are working to offer vaccines in opposition to COVID-19 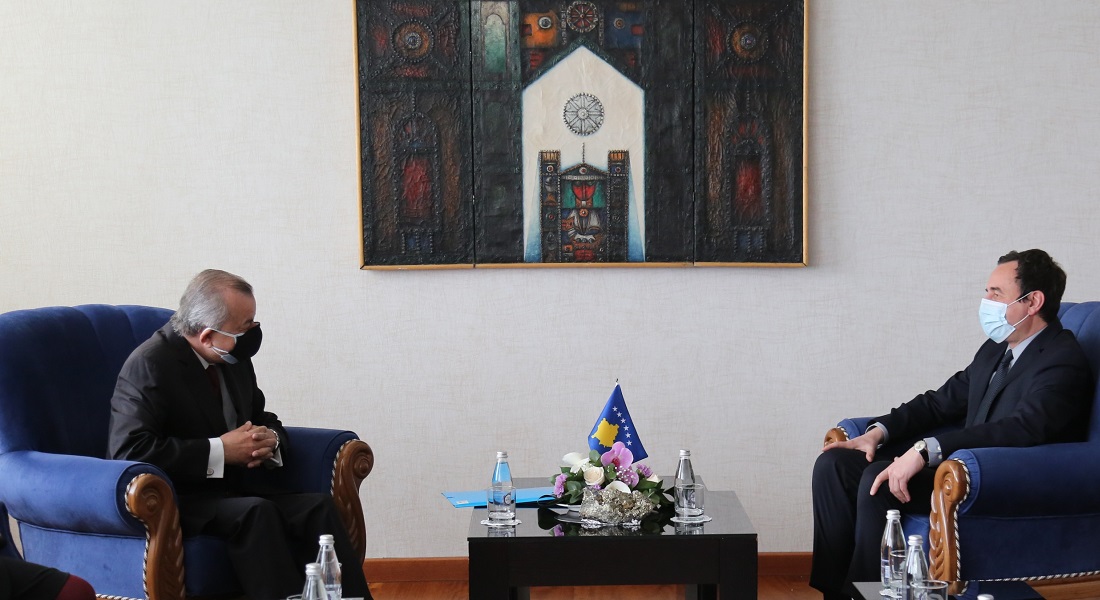 The Prime Minister of the Republic of Kosovo, Albin Kurti stated that the institutions are doing their utmost to provide other doses of vaccine against COVID-19.

Kurti made these comments during a meeting with the Special Representative of the Secretary-General of the United Nations, Zahir Tanin, who congratulated Prime Minister Kurti on his deep election victory and on the strong mandate he has assumed in leading the Government.

He said that the priorities unveiled by Prime Minister Kurti such as fighting the pandemic, the fight against corruption, the rule of law, are those that reflect the demands and hopes of citizens.

Prime Minister Kurti has informed Tan about the pandemic situation and the measures that the government has been forced to take to protect public health. He said that the institutions are doing their best to provide other doses of COVID-19 vaccine.

Prime Minister Kurti and Tan agreed that in these difficult days of the pandemic that has gripped the globe, the priority of any government should be human health and life. They also talked about the next meeting on Kosovo in the United Nations Security Council, which will be held this Tuesday.