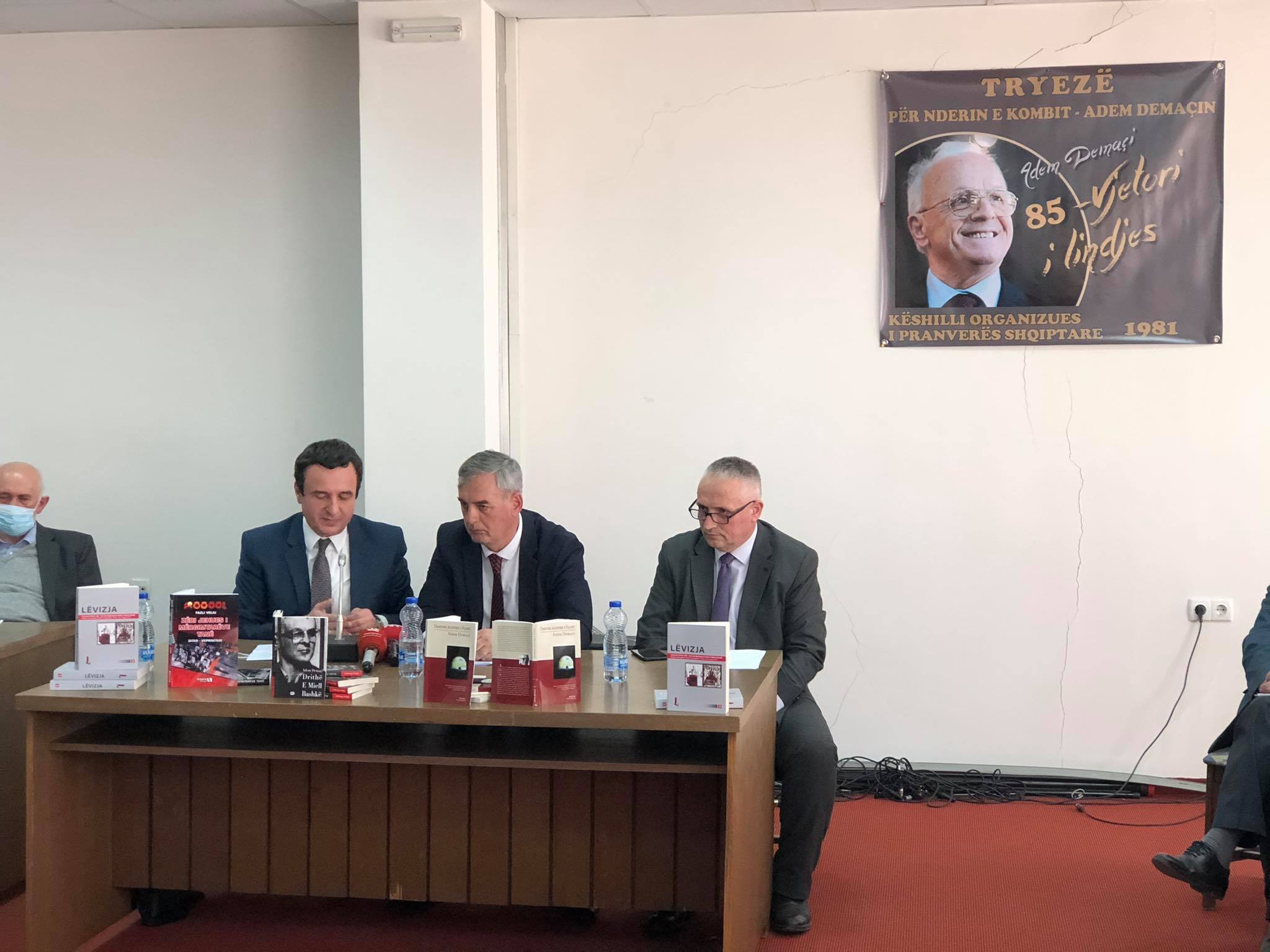 On the occasion of the 85th birthday of Adem Demaçi, the organizing council of the “Albanian Spring 1981” has organized a roundtable to discuss his activity. It was said that Demaçi was an inspiration for all and a symbol of Albanian resistance.

Part of this roundtable was also the chairman of Vetëvendosje Movement, also the candidate for prime minister, Albin Kurti, who said that Demaçi is the most unique activity that the Albanian nation has had.

“We have all known him as invincible and tireless. He has never stepped out of fear, nor tired of injustice. He was a deliberate self-denial. “It is the most unique activity we have had and the most authentic you can imagine,” he said.

Also present at this roundtable was the chairman of the DUI in Northern Macedonia, Ali Ahmeti, who said that Demaçi was a living inspiration for everyone.

Whereas, the president of the Association of Political Prisoners, Hydajet Hyseni, while praising Demaçi, was critical of the institutions and people who, according to him, want to silence the name of Adem Demaçi.