Kurti meets Mitsotakis: Greece ought to be part of the international locations which have acknowledged Kosovo 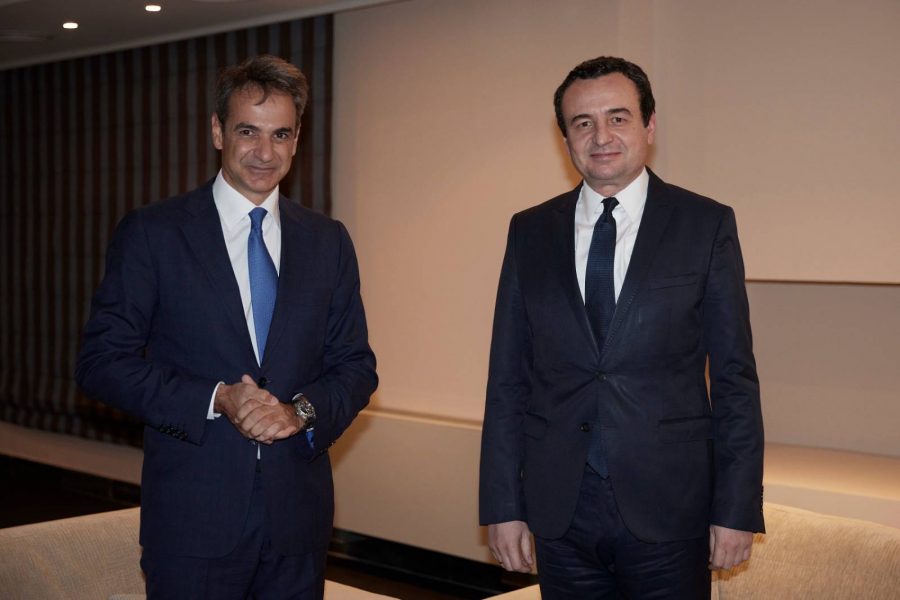 Prime Minister Albin Kurti was received at a meeting by Greek Prime Minister Kyriakos Mitsotakis in Athens. On this occasion, Kurti said that Kosovo wants to build on the existing historical ties between the two peoples and to establish relations with Greece, as an important element for long-term regional stability.

According to the press release, Prime Minister Kurti said that Greece and Kosovo should strengthen their independent relations due to the long common history, the common goal of peace and security in the Balkans and the long common future.

He thanked for the support and constructive attitude towards our country, which Greece has shown especially in recent months, with the support given in favor of visa liberalization for the citizens of Kosovo and the commitment for Kosovo’s membership in international organizations.

Prime Minister Kurti demanded that Greece join the bloc of countries that have recognized Kosovo.

Prime Minister Kurti briefed his Greek counterpart on the achievements of the new government in Kosovo in the first 100 days, including good pandemic management. In this meeting, Prime Minister Mitsotakis reaffirmed Greece’s commitment to promoting and further strengthening cooperation between the two countries in the framework of promoting the European perspective of the Western Balkans.

During this meeting, they also talked about the increase of bilateral economic relations between Kosovo and Greece.

Haradinaj supports the Plisa petition for the statue of Adem Jashari