Kusari-Lila for the three LDK deputies who didn’t vote: They acted opposite to their statements 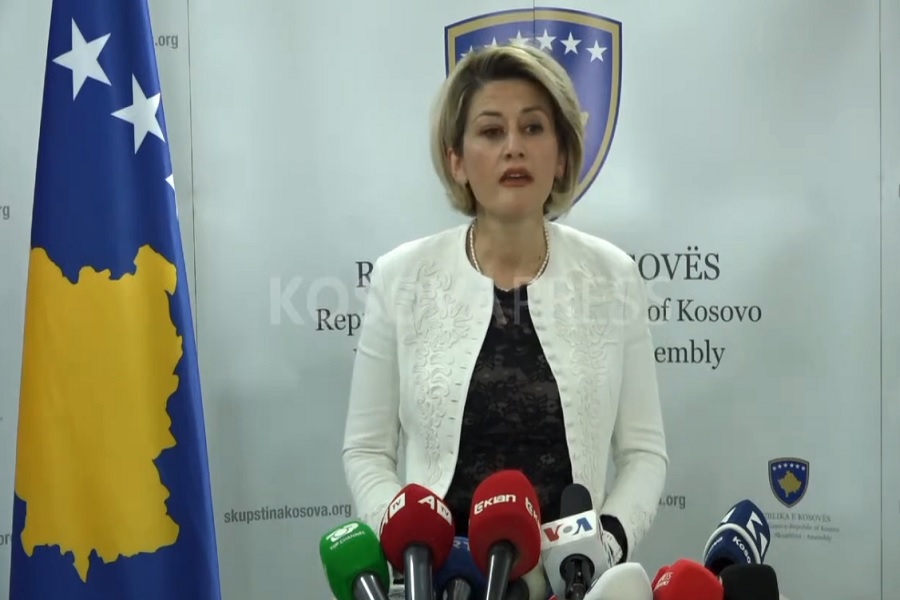 The acting head of the LVV Parliamentary Group, Mimoza Kusari-Lila, said that the three LDK deputies who did not participate in the presidential vote, acted contrary to their statements.

She said the session for the election of the president will be held tomorrow in order to ensure that there will be conditions to reach the required number of votes.

“You saw that from LDK there were 15 deputies in the hall, of which only 12 participated in the voting process. In case they fail to have a successful vote, history is repeating itself and Kosovo may face another round of national general elections due to the fact that former Prime Minister Avdullah Hoti, Agim Veliu former Minister and former Deputy Prime Minister Driton Selmanaj refuses to participate in the voting. While their approach or their statements are in complete contradiction with their behavior tonight, from statements that they are institutionalists to statements that when there is a party decision those who break that decision do not deserve to stay in the party. While, the third today have changed or have broken a decision of their subject because we know what was the decision of their party “, said Kusari-Lila.

“We have been in contact, we have had contacts in which there have been non-definitive answers and in the end withdrawal or no answer for participating in the voting. Now in these circumstances I can not give all the specifics because I do not have the reasons for their non-participation, but I hope that not only them but also other MPs, who were not or do not appear today to understand the importance of this process and of course their obligation as members of the Assembly of Kosovo “, said Kusari-Lila.

Kusari-Lila also responded regarding the absence of 10 deputies from the Serb community in today’s session.

“They are definitely affected, tonight we notice that there is influence of foreign groups which first of all want an unstable Kosovo and do not want us to have a set of institutions of the country. This has no name or address other than those that are destructive to Kosovo, if we had a positive and constructive approach we would have voters who would vote for or against Osman or the other candidate, but not boycott or not participate at all in the vote. Anyone who thinks that this agenda can bring political benefits to someone is wrong, what happened tonight is first and foremost not to the detriment of individuals because I do not want to bend the specific names there, it means the presidential candidates or the government, but first it is to the detriment of Kosovo “, said Kusari-Lila.

In today’s session, two votes were cast in the first round of voting for the election of the President of Kosovo, as a quorum of 80 votes was not reached.

78 deputies took part in the first voting, while 79 in the second. There are three LDK deputies, Avdullah Hoti, Agim Veliu and Driton Selmanaj who are not participating in the voting for the head of state.

The continuation of the session for the election of the president will take place tomorrow at 17:00.

SCANDALOUS VIDEO FROM NOVI SAD! What the boy and the lady are doing is … Passers-by indignant: THEY SHOULD BE CRUELLY PUNISHED (VIDEO)