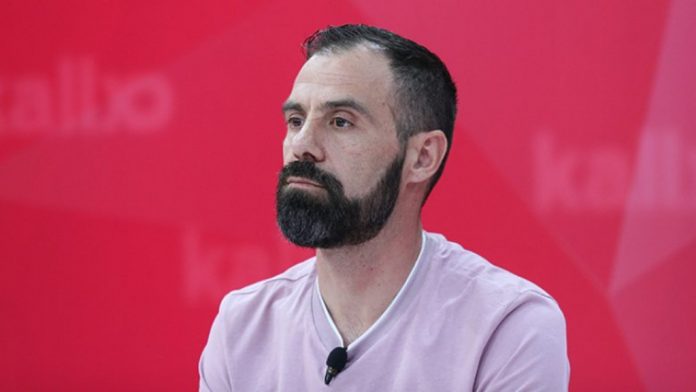 Shkumbin Krasniqi, the brother of Alban Krasniqi (husband of Albulena Haxhiu), assembly member in Malisheva, was promoted a few days ago from the position of postman to customer care officer at the Post of Kosovo.

He in the show ‘Kallxo Përnime’ has shown what he dealt with before entering the Post Office and when he was employed there for the first time.

Krasniqi said that he trained as an officer with the Kosovo Protection Corps after the war, but did not accept it.

“After the war I joined the Kosovo Protection Corps where I made a sensational career, training to be an officer, and in 2009 I was not accepted in the KSF,” he said.

“In 2009 through a memorandum of the Kosovo Protection Corps that some members of the KSF be allowed to be employed at the Post and Airport, I also entered, but this did not return my pride, because I was trained as an officer and I ended up as a postman “, said Krasniqi.

Krasniqi a few days ago was promoted from postman to official for customer care.

The position of postman has grade 3 and a salary of about 435-470 euros net, while in the new position Krasniqi has grade 7 and will have a gross salary of 835 euros, or 734 euros net.

Shkumbim Krasniqi is the brother of Alban Krasniqi, an assembly member in the Municipality of Malisheva from the Vetëvendosje Movement.

Alban Krasniqi is the husband of Albulena Haxhiu, the Minister of Justice in the Government of Albin Kurti.