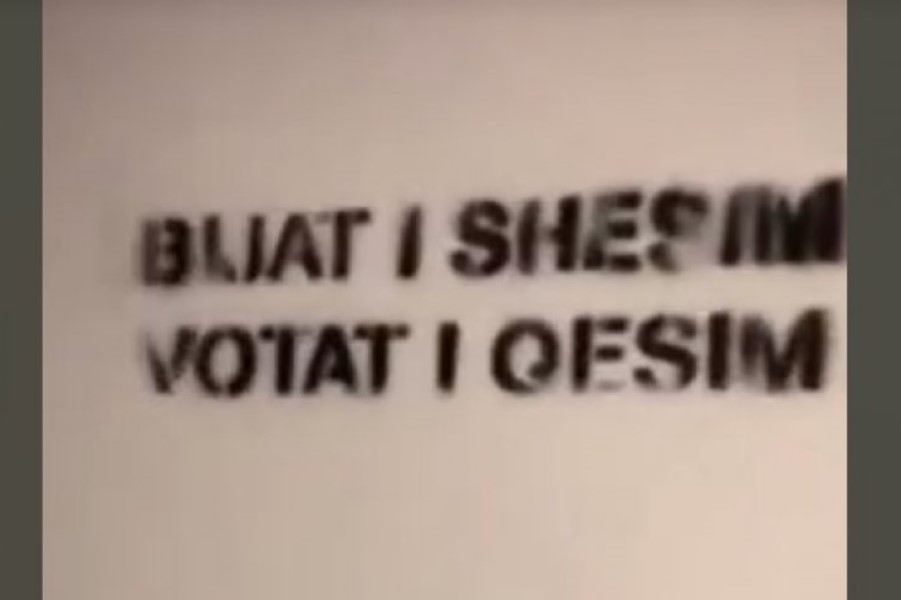 The deputy of the Democratic Party of Kosovo (PDK), Ganimete Musliu has reacted to the graffiti placed in the family of the deputy Adelina Grainca.

The graffiti referred to her transfer to the VV parliamentary group from the PDK and her participation in the presidential vote.

Musliu says the graffiti does not belong to the history of PDK,

“This is not the culture of PDK! Stop such games! The graffiti does not belong to the history of PDK!

While, the acting Head of the Parliamentary Group of Vetëvendosje, Mimoza Kusari-Lila through a reaction has asked the PDK to condemn this act, otherwise she says that this will be an indicator of how a party considers a girl young with a different mindset.

Meanwhile, the police have launched an investigation into the placement of graffiti.