Municipality of Prishtina: 47% of residents are affected by coronavirus 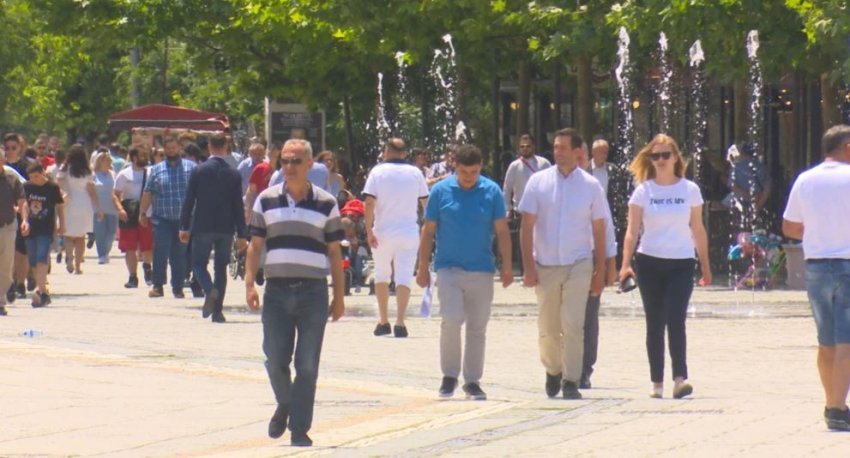 The Municipality of Prishtina published a research that shows that about 47 percent of the citizens of the capital have been infected with coronavirus and among the most affected are health workers. Officials said it was still too early to talk about large-scale immunization, as the government pledged to vaccinate 60 per cent of the population by the end of the year.

A survey published by the municipality of Pristina reveals that about 47 percent of the capital’s citizens have been affected by COVID-19, since the virus appeared last spring.

The research conducted with 1255 citizens of Prishtina, according to the mayor Shpend Ahmeti will help design policies for the future.

“From this research it appears that almost half of the citizens of Prishtina have already had the COVID virus. I say that because of the discussions that take place about the immunity of the herd, it is said that somewhere around 70 percent, an immunity is created, but definitely when we see that this research was conducted in May and June of this year, when we look at this and look at COVID numbers in Pristina it turns out that the numbers have dropped, that we no longer have, the pandemic wave is over but definitely one of the main reasons why we do not have high numbers is actually that we have a large percentage of people who have passed COVID- in ”, said Mr. Ahmeti.

According to a study conducted in October-December last year, it turns out that 48 percent of health workers were affected by COVID-19, which also affected 21 percent of municipal administration employees.

“Have we achieved even though we always hesitate, the immunity of the herd that is mentioned everywhere in the world, we hesitate to mention it because there are still no accurate conclusions on what constitutes a herd of immunity knowing that the COVID variant is almost changing every month even though for example today we know that in the US almost the entire population has received at least one vaccine they continue to fear that in the coming months it will come out or be endangered by this new variant that has emerged COVID Delta “, He said.

The Ministry of Health in Kosovo confirmed this week two cases of those affected with the delta variant of the coronavirus. Originally identified in India in December 2020, the delta variant has been classified as a concern by the World Health Organization and is singled out as being contagious, more deadly or more resistant to vaccines.

Confirmation occurred in a period of decline in the total number affected by coronavirus.

On Friday, the National Institute of Public Health in Kosovo reported 17 cases of infection after 1,241 tests and two deaths from coronavirus consequences.

As of Friday, 196 thousand 829 doses of the vaccine have been given.

Kosovo has so far conducted the vaccination campaign through donations provided by the COVAX program, the World Health Organization, which distributes vaccines to poor countries, or by the European Union.

The Government of Kosovo is committed to vaccinate 60 percent of the population by the end of this year./VOA

/ VIDEO / THE DAY AFTER THE ATTACK ON THE BOY NIKOLA IN KIM! The streets are abandoned, the locals are in worry, however they’ve one message! “WE WILL NEVER LEAVE”!