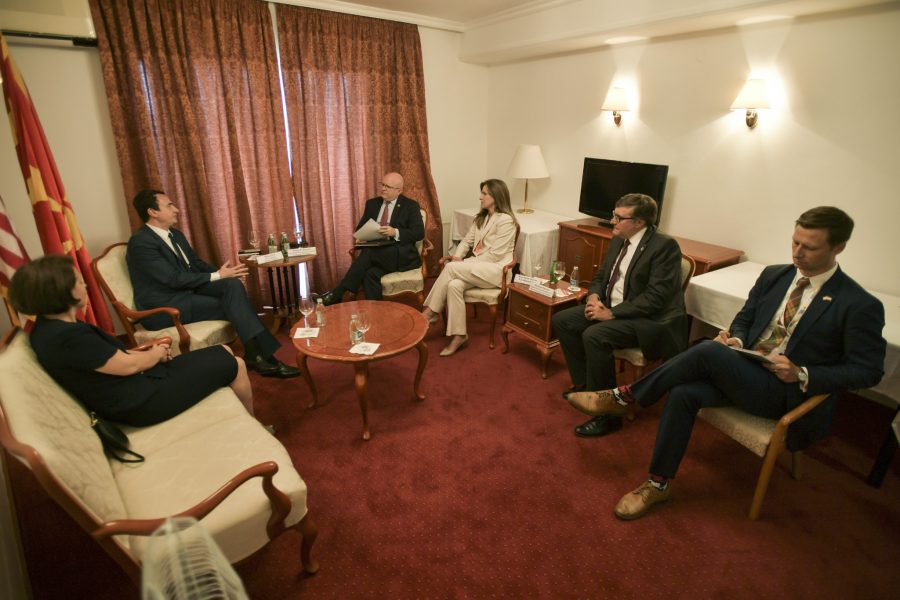 On the sidelines of the two-day international conference “Prespa Forum for Dialogue” in Ohrid, Republic of Northern Macedonia, Prime Minister Albin Kurti, in addition to participating in the panel discussion, held a series of meetings with regional leaders and senior representatives from Europe and the USA.

According to a government statement, Prime Minister Kurti made a proposal on how the Western Balkans region could advance towards the European Union, through a new agreement and relationship, such as Norway, Iceland and Liechtenstein.

During the day, together with the Deputy Prime Minister and Minister of Foreign Affairs, Donika Gërvalla, Prime Minister Kurti met with the US Assistant Secretary of State for European and Eurasian Affairs, Philip Reeker, and the US Special Representative for the Western Balkans, Matthew Palmer.

Prime Minister Kurti and Minister Gërvalla also met with the European Union Special Envoy for Dialogue between Kosovo and Serbia, Miroslav Lajçak, with whom they discussed the June 15 meeting in Brussels and the launch of a new dialogue process.

Municipality of Prishtina: 47% of residents are affected by coronavirus