Muriqi’s future at Lazio doubtful, that is what coach Maurizio Sarri has requested for 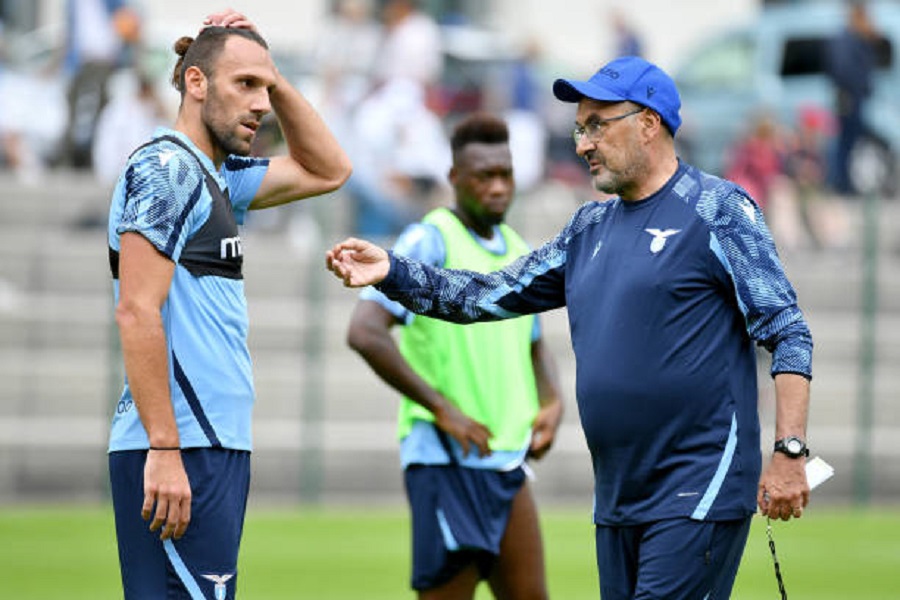 Last summer, Lazio spent a considerable amount of money on Vedat Muriqi’s services but his performances were not at the right level. The 27-year-old made 34 appearances for the Roman club last season, scoring just two goals.

The Serie A club bought Muriqi to score goals as a replacement for Ciro Immobile but that did not happen. In addition, to make matters worse, the transfer value of the striker has now dropped to around just 9 million euros, far from what Lazio paid to buy him, which was 18.5 million euros.

It was a season to forget about Muriqi and his departure from Lazio is not ruled out. However, new coach Maurizio Sarri wants to give every player on the team a chance to prove himself in pre-season training.

According to Turkish journalist Yağız Sabuncuoğlu, Sarri has invited Muriq to participate in the training camp for next season and depending on his appearances will decide whether to stay or leave.

Last month, a report came out that Eintracht Frankfurt, Borussia Monchengladbach and Fenerbahçe have expressed interest in the services of the attacker from Kosovo.

LDK candidate for Prishtina: We will succeed only if we are together

Rizvanolli: From the information we have, there is no reason to believe that the water of “Hidrodrini” was the cause of the situation in Deçan – Latest News