New gold for Serbia, Nemes with a turnaround to victory within the ultimate 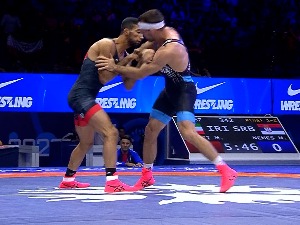 The Iranian, world and Olympic champion, opened the match better and dominantly gained a 4:0 lead.

Nemes broke the dominance of the opponent, returned to the match with two points, and then won another one with a minute and a half to go.

The new two points gave Nemes an advantage, which he kept until the end of the match.

Mate Nemeš defeated Hasrat Jafarov from Azerbaijan 5:2 in the semi-finals, and before that he defeated the representatives of India, Turkey and Poland.