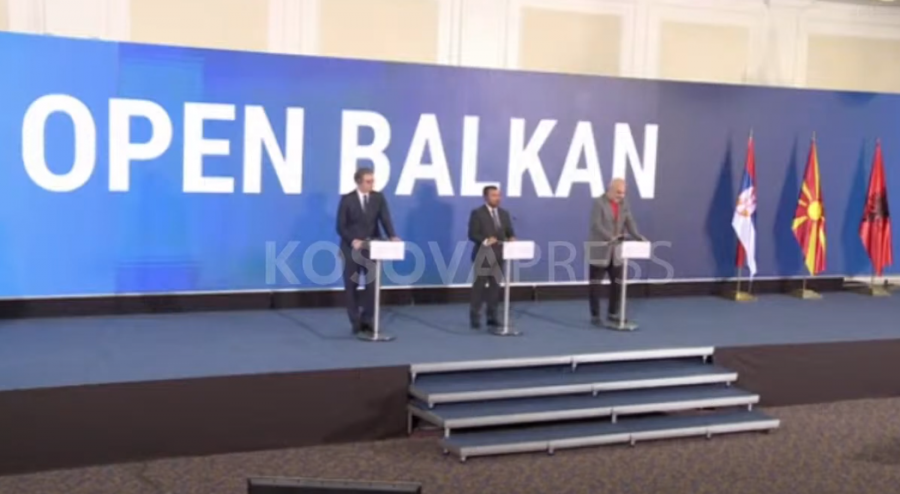 At the conference of the Regional Economic Forum held in Skopje, the Prime Minister of Albania, Edi Rama said that beyond the open issue between Kosovo and Serbia, the regional initiative named today “Open Balkans”, made equal citizens and businesses of both states.

Rama said that other countries in the region that have not joined the initiative of Northern Macedonia, Albania and Serbia, can do this and according to him cooperation is the right solution for all countries.

“Beyond the open issue between Serbia and Kosovo, this initiative tells people and tells individuals and businesses that you are equal, beyond the fact that at the state and institutional level there is an issue that is still open and that is on the road to dealing with the difficult dialogue between the two countries. Now this is a colossal opportunity, for all our societies, this is a great potential and we do not have the luxury we do not have, but we do not have the right as a leader to keep this undeveloped potential, we have no right, we have no right to deprive our societies, our countries, of fair economic growth “, said Rama.

According to Rama, with the implementation of the agreements of this regional initiative, from 2023 the citizens of these countries will be freed from the problem of long waits at the border.

“In January 2023 we will have zero seconds of waiting at the border between our countries, others are welcome to come and join us, and if they come no one prevents them, and with that they invited us, they did not invite us, we were in tirana, all six places to discuss and there the difference was clear, some want some do not want, no problem, but what I said there I repeat here, highways, railways, free movement of goods, maybe they are not the same with democracy, but democracy and freedom without these is very difficult to have and to have it without threatening “, he added.

While the Serbian president, Aleksandar Vuiqi. Also spoke about Kosovo’s opposition to the minishengen, where among other things he said that “if it is degrading to sign Kosovo with a star, then enter Kosovo with a square”.

“When someone is prepared to join this initiative then they can, if any facility is required from Serbia and for you it is degrading if you sign Kosovo with a star then enter Kosovo with a square, it is not a problem, however we can do something to cooperate to we achieve results, do not ask for excuses why there is no cooperation, why the economy is not working, do not ask for excuses why citizens are not living better… We are open to everyone, but I do not personally want to repeat because I do not understand why I should we ask someone to take and eat, I do not want to force my child to eat, when he is hungry then he will eat, “said Vucic.

The Prime Minister of Northern Macedonia, Zoran Zaev said that they are open to countries that are outside this regional initiative, which is Kosovo, Montenegro and Bosnia and Herzegovina.

“We remain open, everyone chooses, if they think it is good for their citizens. “Let them enter the initiative, if not they do not enter, we opened a series of things that will benefit our citizens, the three countries, the economy, our businesses”, said Zaev.

As part of this initiative, the leaders of the three countries are expected to meet this year in Belgrade and Tirana.

The three leaders today named the Balkan minishengen “Open Balkans”, in which they called on other countries in the region to join.

Covid Renews Interest in Radiation, but Docs Caution Against Pilgrimages to Radon-Filled Mines