Osmani: EU to place stress on Serbia to cease provocations towards Kosovo 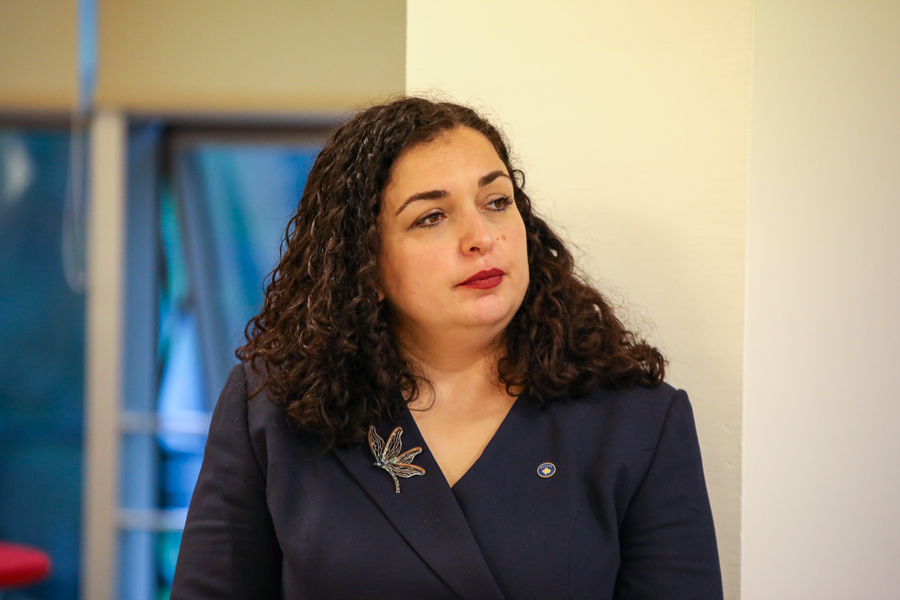 President Vjosa Osmani reacted after the Serb protests in the north, saying that the establishment of reciprocity for license plates is in accordance with the Brussels agreements, which Serbia continues not to implement and at the same time called on the EU to put pressure on Serbia. to stop provocations against Kosovo.

She wrote in a Facebook post that the reciprocity in the issue of license plates, which was signed by both parties in Brussels, can not be seen as a tense and unilateral action, but an action towards the implementation of the agreements which should also require vet EU.

“Serbia is the one that has acted unilaterally since 2016 and in violation of the Brussels agreements, not Kosovo. Therefore, illegal Serbian structures, financed and receiving orders from the state of Serbia, are taking actions not only in violation of the Brussels agreements, but also endangering the safety of citizens and the stability of the region. “Furthermore, Serbia, according to the unchanged logic of the past, is also using Serbian state institutions to threaten our country”, writes Osmani.

Moreover, President Osmani says that no threat from Serbia hinders Kosovo’s determination to implement law enforcement, in accordance with its international obligations, for the benefit of all citizens, regardless of ethnicity.

“The decision of the Government of Kosovo to implement reciprocity with Serbia on vehicle license plates was taken as a result of the conclusion of the agreements of 2011 and 2016 on the freedom of movement of citizens between the two countries. Consequently, the decision ensures equal treatment and free movement of citizens of both countries. “The decision has been accepted and is being strictly implemented at all border points, with the exception of two points in the north, in which local Serbs are being abused by the Serbian Government and illegal structures there,” Osmani further wrote.

The first of our state has called on the European Union to put pressure on the government of Serbia to immediately stop provocations against Kosovo and the misuse for political purposes of Kosovo Serb citizens.

“Serbia’s destabilizing policy in Kosovo and the region and their hegemonic goals for the so-called ‘Serbian world’ are a return to their ’90s logic, which has brought many victims to our region,” Osmani concludes.