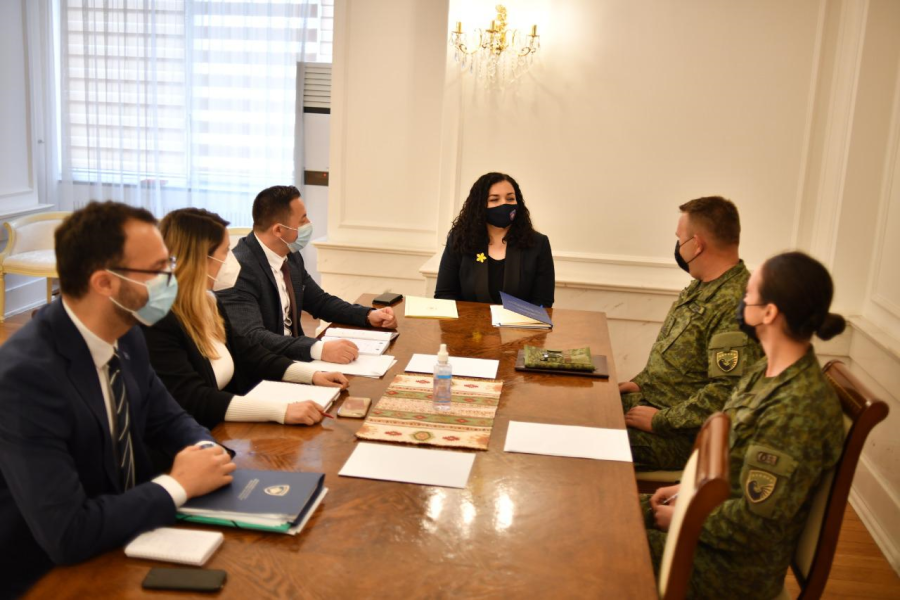 The President of the Republic of Kosovo, Vjosa Osmani, received on Wednesday in a coordination meeting on defense issues the Minister of Defense, Armend Mehaj, and the Commander of the Kosovo Security Forces, Lieutenant General Rrahman Rama.

The Minister of Defense and the Commander of the KSF informed President Osmani about the implementation of existing programs of capacity building of the KSF and the support provided by friendly countries.

President Osmani stressed the importance of implementing the transition plan according to NATO standards, as well as the realization of Kosovo’s strategic goal to become a member of this alliance.