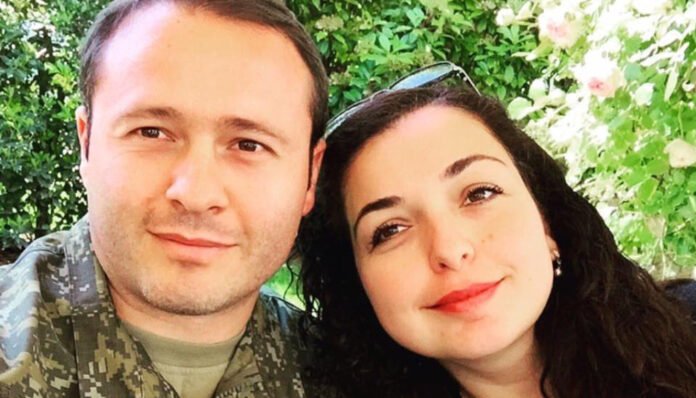 The husband of President Vjosa Osmani, Prindon Sadriu, after the formation of the government of Albin Kurti and the dismissal of political ambassadors by decree of the president, is leading the Embassy of Kosovo in Northern Macedonia.

But this position that Sadri has apparently is not liked by everyone.

Sadriu was recently anointed by a colleague while he was at work.

President Osmani’s husband on Tuesday while working in his office at the aforementioned embassy, ​​entered the office of one of his colleagues who was recently dismissed by decree of President Osmani, learns Indeksonline.

Further, according to Indeksonline sources, the dismissed colleague requests clarifications from the husband of President Osmani about the reason for his dismissal.

According to Indeksonline sources, during the conversation, the suspect had anchored the complainant (Prindon Sadriu) saying that he did not care if the two families would be in conflict or in a dispute between them, saying that someone would be responsible for this issue. .

After this conversation, in the afternoon of June 9, Prindon Sadriu reported the case to the Kosovo Police.

The work is being described as “K.anosje”.

We recall that Prindon Sadriu is a career diplomat at the Ministry of Foreign Affairs.

He was appointed Deputy Chief of Mission of Kosovo in Macedonia in July 2019, who holds the rank of Minister in the Kosovo Diplomatic Service.

Last month, through decrees, Osmani fired 12 Kosovo ambassadors around the world on the grounds that they were politically appointed.

THE NEW MARKET WILL BE THE PRIDE OF KIKINDA! Completion of works on the finish of July, sellers are anticipated to maneuver in in September / PHOTO /