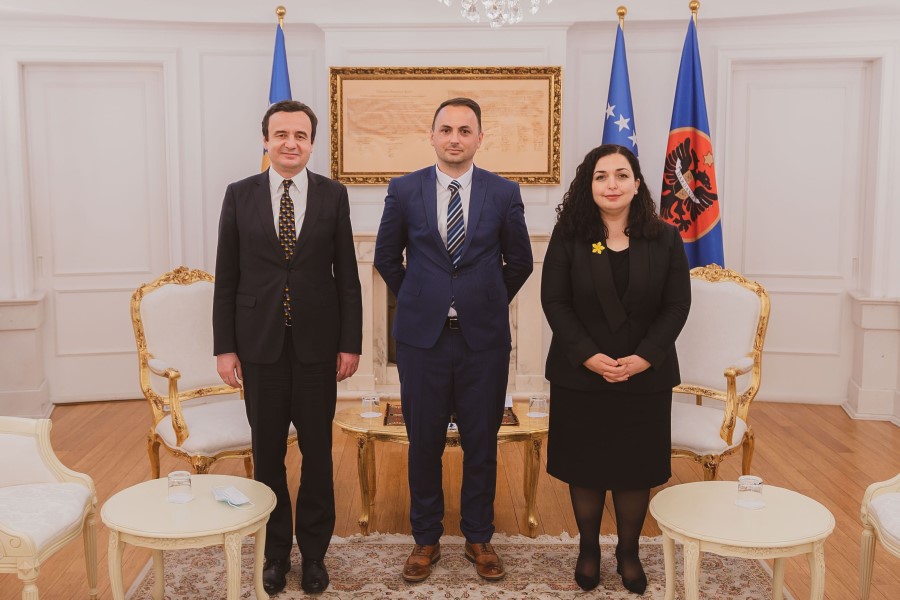 Petrit Ajeti was appointed today at the head of the Kosovo Intelligence Agency.

But who is Petrit Ajeti?

Petrit Ajeti was born in Gjilan, on October 11, 1981. He finished primary and secondary school, high school, mathematics and science in Gjilan. In 2001 he continued his studies at the Military Academy “Skënderbej” in Tirana. He also completed his Bachelor’s degree in Political Science at the Faculty of Philosophy of the University of Prishtina “Hasan Prishtina”.

Ajeti was a fellow of the Young Cell Scheme EU Postgraduate Program, through which he completed his Master of Arts in Corporate Social Responsibility at the Metropolitan University of London in the United Kingdom.

Ajeti has attended several international programs in the field of professional development in the field of Security. In 2016 he attended the “Program for Applied Security Studies”, at the European Center for Security Studies “George C. Marshall” in Germany, then the certification program for Defense Management as well as for Civil-Military Relations and Defense Budgeting in “Naval Postgraduate School” in the US, the certification program “Security Cooperation Management” at the Defense Institute for Security Cooperation Studies in the US, and the PRINCE 2 program for Project Management. He is also certified in Emergency Management and Operation by the U.S. Department of Defense.

In parallel with education, Ajeti has also been active in the field of security. Over 15 years of work experience in public and private institutions in the field of security. Since 2013 he has worked in various capacities in the Ministry of Defense of Kosovo as an Officer for Coordination of Foreign Defense Investments and Acting Head of the Sector for Euro-Atlantic Integration and most recently Chief of Cabinet of the Secretary General. Key issues he has engaged in include Planning, Programming, Budgeting, and Execution in the field of defense.

Ajeti was also a member of the inter-institutional working group for drafting the first Defense Strategy. From 2007 to 2010 Mr. Ajeti has worked in the Ministry of Internal Affairs as a senior official in the Department for Drafting Internal Security Policies as well as in the Department for Citizenship, Asylum and Migration. He also has international experience in the field of security as a civilian contractor for the United States Army at military bases in Afghanistan and Kosovo.

Engaging in these tasks The verse has provided an excellent perspective on issues to be addressed by security institutions, including existential threats.

Petrit Ajeti has experience in other fields as well: Assistant engaged in the Public University “Kadri Zeka” in Gjilan (academic year 2015-2016), as well as Project Manager Funded by the European Commission for the Establishment of a Regional Marketing Center for the Economic Region East.

The verse is fluent in English. He is married and has three children. Ajeti is the brother of the martyr Alban Ajeti.

CDHRF: Forgive the sentence of those who have less than a year left in prison – Latest News