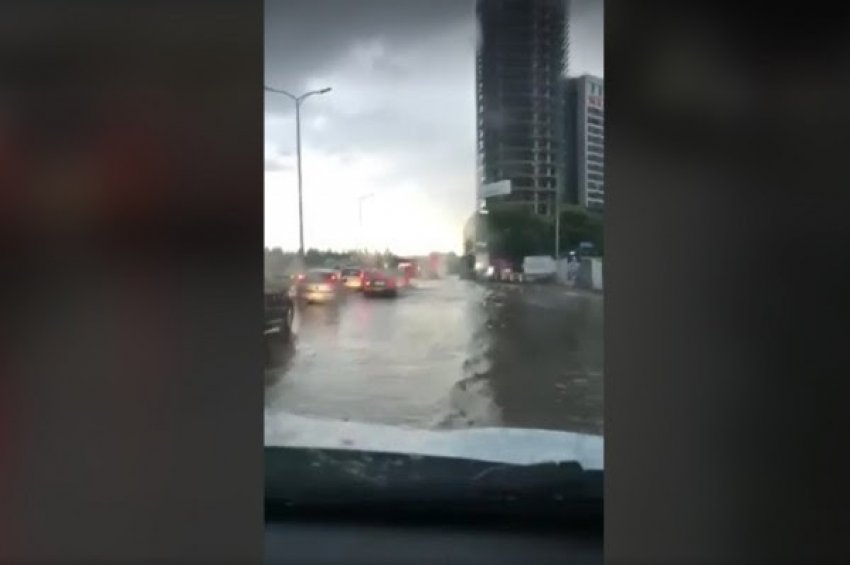 Heavy rains with increasing intensity in the afternoon hours of Sunday have hampered the movement of vehicles in some streets of Pristina, and have caused damage to the square “Zahir Pajaziti”, where days ago began activities within the “Ice in the summer.”

The media has provided images from the road floods in the Lakrishte neighborhood of Prishtina, where vehicles are having difficulty during traffic.

Meanwhile, in the “Zahir Pajaziti” square, it seems that the floods have caused a lot of damage to the houses that are located there. In this part is also the summer theater, where tonight a concert is expected to be held but after the rains the whole space is filled with water.

Firefighters have currently reached the square but have stated that it is impossible for them to intervene. They have demanded that electricity be cut off in that part, which is expected to happen soon.