Rama in Greece criticizes the EU: In a democracy, Kosovars are remoted 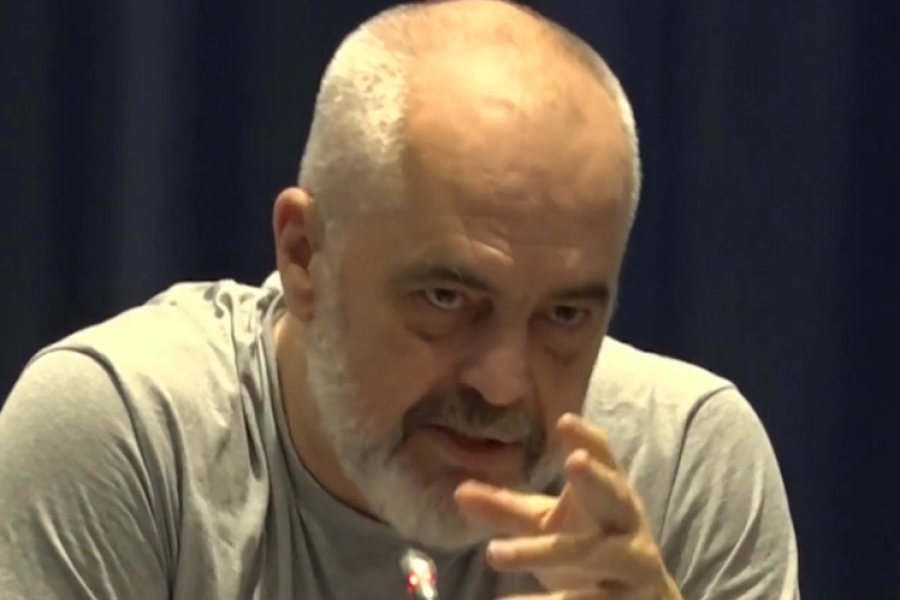 The Prime Minister of Albania, Edi Rama is participating in the “Symi Symposium” in Greece. From Athens, he said on Wednesday that everything should be done to make the region similar to the European Union, to implement the four EU freedoms, to make the borders fluid and to do such trade.

“I can give you a figure that is interesting to economists here. The waiting time for trucks at the Balkan borders, to cross them, to go to Thessaloniki or Durrës is 1100 years a year. So trucks wait 1,100 years at the border just to cross the region’s non-tariff barriers and submit double, sometimes triple, phytosanitary documents, for example. So the solution to this would be the extraordinary unleashing of a potential and if we manage to have this, the effect on our GDP will be very large, only with this, without investment, simply by removing non-tariff barriers in the region. “This is something we have discussed for a long time,” Rama said.

Rama has criticized the EU, saying that the path to the integration of the Western Balkans is dependent on EU nationalists.

“I must say that the Bulgarian attitude is a result of what Bulgaria is learning within the EU from the great ones. Bulgaria learned that you can use local politics to block others. In the Balkans when we copy it we go further than the original. When we entered this process of European integration we were told that this was the magic potion against nationalism, to make us more open and democratic. But with what is happening now we are increasingly hostage to EU nationalization, in practice the path of integration of the Western Balkans is increasingly dependent on EU nationalism. When I talk about the nationalism of the EU, I am talking about the nationalism of important countries that hold non-nationalist leaders hostage and fall prey to these games of using the European Council to squeeze the Balkan countries and on the other hand to ‘show muscles to their peoples. So it is not true that the EC has a cohesive decision regarding the geostrategic vision of things, it is a place where EU nationalisms through non-nationalist leaders play games. “Bulgaria is collateral damage in this regard,” he said.

He further said that “the EU needs the Balkans as much as the Balkans need the EU. “It’s not the job we need them for and they do not need us.”

The head of government said, “We practically started the process from the beginning as a Schengen regional area to limit what it was, which means an area where all four freedoms apply. So we named it that. We lost several years, because Vuçiç wanted the free movement of goods, capital, but not people, because if he did, the border between Kosovo and Albania would be formal. He took the step further after I told him if he does not fully accept it for the four freedoms we are doing what we have done throughout our history, we are becoming the caricature of the original.

He added: “Highways may not bring democracy, but democracy without highways is a mess that goes to hell. So we said let the three of us do it, not to divide others, not to exclude others, but to say, whoever joins is welcome and only relied on on a bilateral basis, does not rely on consensus and things like that “It is bilateral.”

Rama also mentioned the isolation of Kosovo, saying that being isolated from the EU but also among oneself is a madness.

“If we want to do this with Northern Macedonia, we do it, if Kosovo will do it with us, with Northern Macedonia with anyone else, it will not do it with Serbia, let it not do it. It is very clear that Serbia can not say that Kosovo must either do it all or with no one, so it is something open and it can allow us to go very far. So what does it mean to be isolated from the EU and to be isolated among yourself? “It is madness, utter madness.”

Of course, Rama continued, there are also conspiracy theories that this is the new Yugoslavia plus Albania, this is the alternative that the Europeans are giving us in order to take us somewhere.

“No, it is not like that, because in the end through this process we will learn how to live in an interstate space and when it comes to being part of the EU we will be more willing. I see it as something big “, said Rama.

Municipality of Prishtina opens the activity “Ice in Summer”