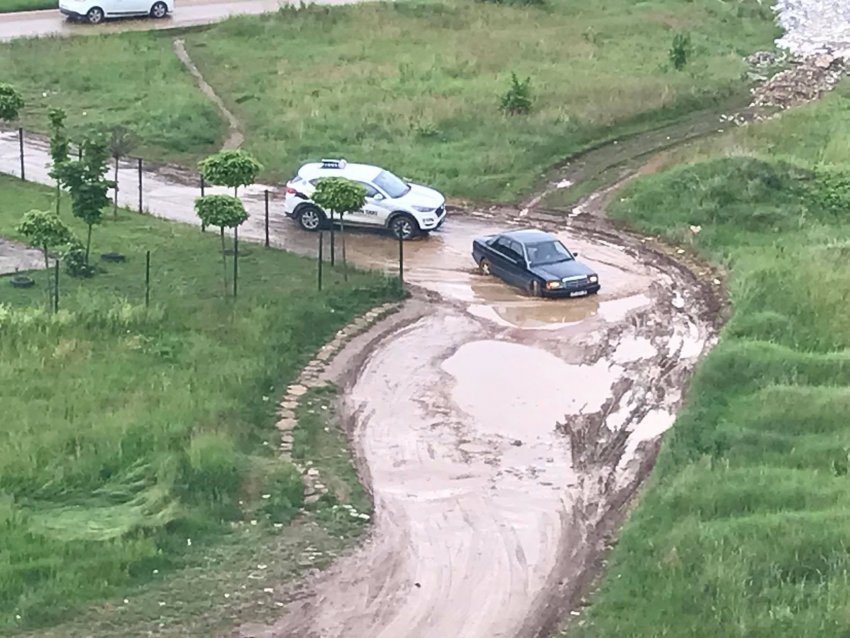 “Muharrem Fejza” street in Mati 1 is not in operation, as a result of the works. This has led to the circulation of alternative roads in that part of the city.

While the main road is impassable due to the works, the traffic on these alternative roads is also difficult, after the rain.

Residents of this part of the capital have asked the Municipality of Pristina to pave these alternative roads with gravel, in order to facilitate traffic, until the works on the street “Muharrem Fejza” are completed.

Hello Municipality of Prishtina, Shpend A. Ahmeti, Gëzim Rafuna Mehmeti, street “Astrit Bytyqi”, side street of “Muharrem Fejza”, since yesterday is not in operation due to works. At least 7-8 blocks of buildings we have no other exit but the exit from the part of QKMF and then to “Malush Kosova”. We ask you to help us pave this part with gravel until the construction of the road “Muharrem Fejza”. You can see for yourself what happens after 1 rain! ”, Wrote the citizen, Milot Hasimja, while he published some photos of that part of the city.