RTS :: Capello criticized Allegri: Why did not Vlahović play? 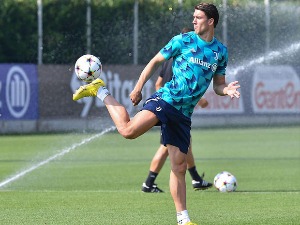 In the first five rounds of Serie A, Juventus won two and recorded three draws, with a goal difference of 7:2. The Turin club is currently in sixth place in the table with nine points.

“I looked at the table and with all the criticism he’s getting, he’s still two points off first place. But, think about whether he’s played well? It’s a team that’s being built, missing some important players who make a difference. Juventus can’t play at this way. They played a good first half against Fiorentina… Allegri has to do something more. Massimiliano, stop joking, we love you, but we want a better Juventus,” Capello said, according to Sky Italia.

On Saturday, Juventus played without a winner with Fiorentina 1:1, and the Turin club did not have Serbian representative Dusan Vlahovic.

“If the most important match against Benfica in the Champions League is only two weeks away, why didn’t you play with Vlahovic against Fiorentina,” asked Capello, who coached Juventus from 2004 to 2006.

Vlahović played four games for Juventus this season and scored four goals, and the Serbian footballer is expected to lead the Turin club’s attack in tomorrow’s match against Juventus in the first round of the Champions League.