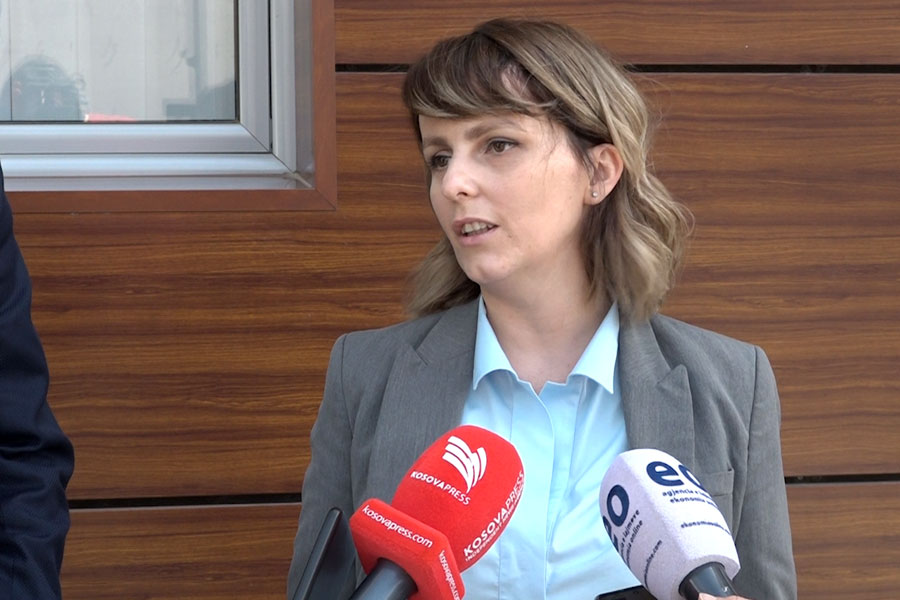 After the meeting, the Deputy Minister of Justice, Nita Shala, said that they had a very fruitful meeting where they discussed to coordinate activities in the prevention of domestic violence and violence against women.

“We first shared the concern about the phenomenon of domestic violence, as well as discussed the concrete steps we can take and how we can coordinate activities both in prevention and response to such cases,” she said.

Meanwhile, the General Director of the Kosovo Police, Samedin Mehmeti, said that they discussed how to improve the system in order to initially prevent domestic violence.

He said that it is much more important for the Police as the first responder in cases of domestic violence to react professionally.

“How should we improve the system in order to initially prevent domestic violence, but also in cases where domestic violence occurs, the way of reacting. Of course the focus was on the Police and the focus on the reaction of the Police, for which we discussed concrete issues with the Deputy Minister and we are committed and we also told the Deputy Minister we are sharing with the public that we have made some changes in the domestic violence sector, some changes procedural and operational issues how to address and identify where we have obstacles or where we have problems in the nature of the commitment and the nature of the work of the Police. What is much more important is that the Police as the first responder in cases of domestic violence to react professionally and the approach should be such that the victims are not re-victimized, but that the victim is really treated professionally, while the other legal aspect to respect and to respect all the procedures foreseen around this issue “, he said. Theret to death a man in Vitomirica of Peja – Latest News