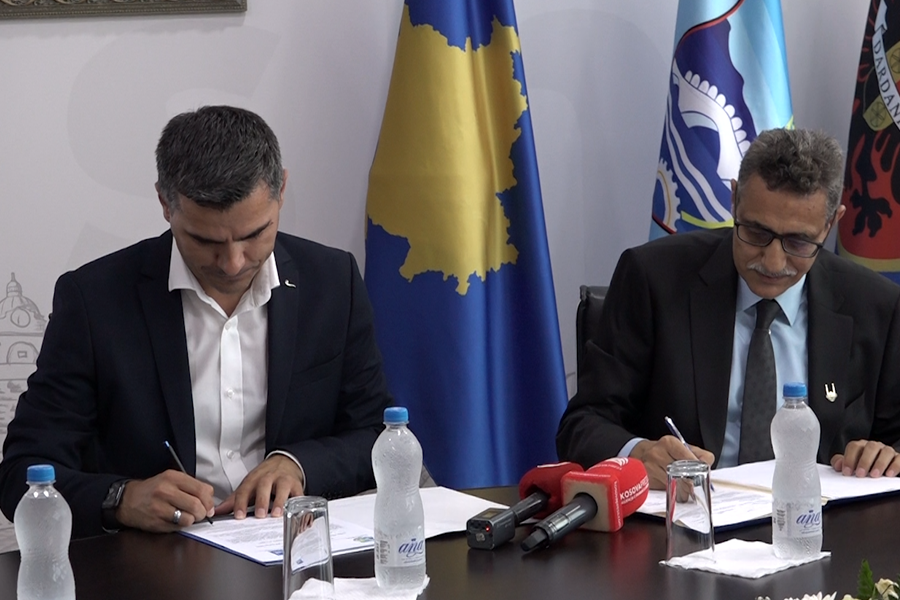 The city of Vushtrri is soon expected to become a new modern market. This is after on Sunday the mayor Xhafer Tahiri signed an agreement with the organization Islamic Relief-branch in the USA in the amount of 400 thousand euros.

On this occasion, the mayor of Vushtrri evaluated it as one of the most important projects for the city he leads, but also beyond.

Tahiri said that this project will be one more reason to visit Vushtrri, as it will also have a cultural dimension

“It is one of the most important agreements for the local economic development of the city of Vushtrri, which has to do with the construction of the market for local producers. Every parent can use their children and send them to the market to learn the trade. So, in addition to the economic and developmental aspect, it will have a social dimension, but it will also have another dimension that will attract many visitors from Kosovo and abroad because it is one of the most unique markets that will take place not only in Kosovo, but in all other Albanian areas “, he said.

“We expect the project to be completed within two years. I am very happy that we managed to secure a donation of 400 thousand dollars for this very important project for Vushtrri. I want to thank the Islamic Relief branch in the US. Last year we realized a project of 400 thousand euros in the Agriculture sector. “Also with this organization we provide home health services for about 20 thousand citizens in our municipality ‘, he said.

The representative of the Islamic Relief branch in the USA, Mohamed Soliman, also assessed as important the construction of the new market in the ancient city of Vushtrri.

“Today we are here to sign a memorandum of understanding for the creation of a local market in Vushtrri. In fact this project is a new and unique project, it is a fantastic project, the component of this project is very unique, the local market is here, so the local farmer can sell his produce, even children can learn how to trade and there is a playground for children. We hope to start the project within this year. We expect the completion of this project to take about two years, and we hope the best for the citizens of Vushtrri “, he said.

Tahiri and Soliman agreed to focus future cooperation on education.

HUGE CROWDS AT THE BORDERS! The change of vacationers created chaos, the wait is as much as two hours, and HERE IS WHERE IT IS MOST CRITICAL!