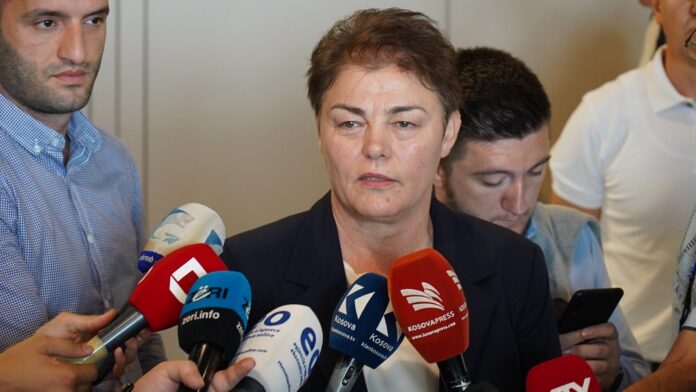 In its history of over 30 years, it is not remembered that it was voted less than ever in this year’s February 14 elections.

The Democratic League of Kosovo gained the trust of only 13% of the citizens.

Melihate Tërmkolli, who has been part of this party for a long time, knows the culprits well.

“Starting from the president, who for me has been the biggest surprise that I have ever had in the LDK a man who has never been in the LDK, a man deeply anti-Rugova and a man who has led this party with the logic of personal gain by making the LDK a branch of the PDK, more specifically Hashim Thaçi.

And the rest is also related to the attitudes of Vjosa Osmani that the LDK did or tried to make a sub-branch of VV, of course there was no other way to be “, she said.

As for the problems, the former member of the presidency, claims that she clearly has the formula for the party’s awakening.

According to her, the LDK needs to build a new political concept based on rugovism.

She does not hide her desire to be its leader as chairwoman of the LDK, a post for which elections will be held soon after the resignation of the current chairman, Isa Mustafa.

“I can be one of the candidates because I think there should be many candidates, not one or two.

I should have had more.

“Of course I can be,” she told Front Online.

The former chairwoman of the LDK Women’s Forum says that there is a precondition for this.

“I think the solution is entering a new process, not with these people leading that new process, the General Council should be called, to appoint a kind of council or group that leads the election process from the beginning in the LDK, to come up with a structure, which is dedicated to the LDK that is Rugova or neu-Rugova “, she said.

During her political career, Termkolli has been a deputy in several legislatures and also a minister./indeksonline

All members are identified "All-old" – Jokić and Dončić starters, Vučević from the bench, Booker "izvisio"