The dialogue in Brussels continues immediately 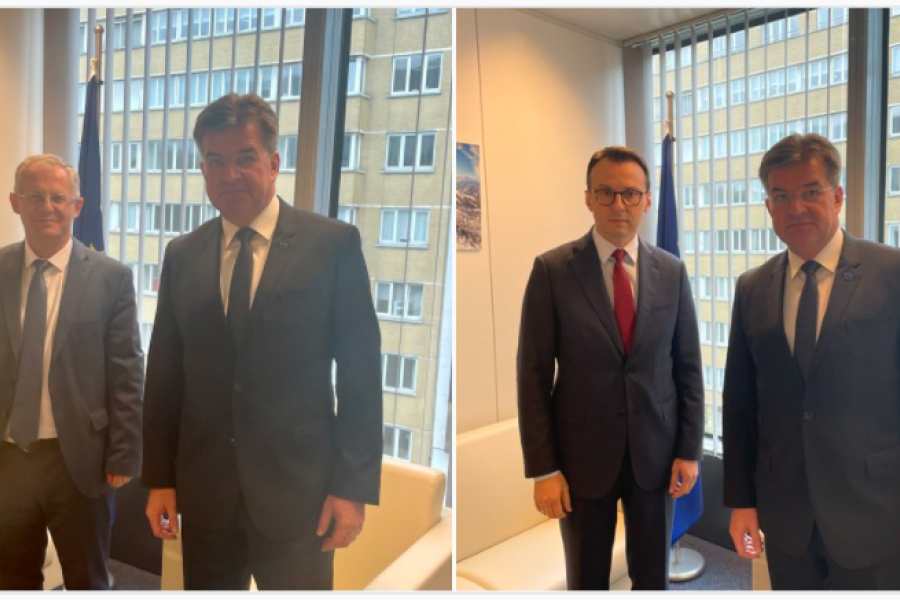 Negotiations between the Kosovo and Serbian delegations on the issue of establishing reciprocity for license plates will continue today in Brussels.

For Wednesday’s meeting in Brussels, the Deputy Prime Minister of Kosovo, Besnik Bislimi indicated that they have agreed on the license plates, but that the final agreement has not yet been accepted by the Serbian side.

Bislimi said that Kosovo prefers not to have barriers between the two countries, while he said that a working group will be established on this issue that will start working on October 21.

“We have tried to force Serbia to remove the procedures for the citizens of Kosovo who are moving towards Serbia. I think this has been the result today. Of course we would rather there be no barrier, consequently both countries to fully recognize the tables of other countries. But this should also be the objective of the working group that we will establish and that will start meeting from October 21. “We agree on all points,” he said.

Bislimi said that the Serbian side did not agree with the point regarding the KM vehicles.

“The only point where the Serbian side has not yet given its consent before the agreement is called finalized is the KM cars which they think stickers should not be applied and this is absurd because they are illegal signs and we do not “We can accept this agreement where the illegal possessors of the signs are favored”, he said.

Today throughout the day, our team and that of Serbia had bilateral meetings with Mr. Miroslav Lajçak, with the aim of finding a solution that would calm the situation at the border crossings Jarinje and Brnjak and at the same time the Government of the Republic of Kosovo to guarantee equal treatment of citizens of both countries in the field of free movement. Of course, the primary goal of the Republic of Kosovo has been and continues to be the promotion of free movement, so the recent decision to use temporary tables has been imposed by the ten-year injustice of the authorities in Serbia against the citizens of Kosovo who have traveled to or through the territory of Serbia.

We have shown our readiness to support the efforts of the EU representative for the dialogue between Kosovo and Serbia, Mr. Lajçak, towards finding an acceptable solution, and after continuous negotiations we have reached a final draft with which the Kosovo side has agreed. The main points of this final draft are as follows:

3. A working group will be set up with the objective of finding a final solution around license plates, based on EU standards and practices. this group will have 6 months to enable the transition to a permanent solution, which limits the deadline for the implementation of the poster system.

For the time being, this agreement has to be accepted by the Serbian side, which has remarks on the way of treating vehicles with KM, for which it has believed or requested that privileged treatment would be needed. We hope that the Serbian delegation will be convinced of the text of the agreement without any further changes and at the moment of agreement, we can say that we have a valid agreement.

ANNOUNCED RESULTS OF THE COMPETITION OF THE “COMMUNITY TOGETHER 2021” PROGRAM NIS invests 107.5 million dinars in environmental initiatives