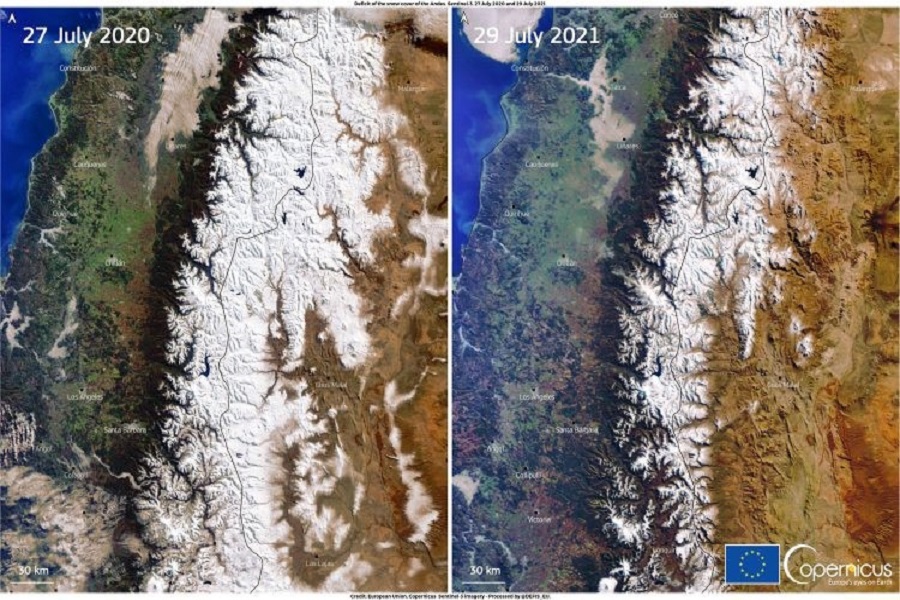 The Andes Mountains, which lure skiers to South America, are recording record low snowfall this year, Reuters reports, recalling that the country is experiencing a severe drought for a decade, which scientists have linked with global warming.

The peaks of the majestic mountains between Ecuador and Argentina have been covered only with pieces of snow this year or not at all under the cover of snow, thus revealing their barrenness of dry brown soil.

Due to low rainfall and glacier pull across the area, places whose water depends on the mountains are likely to face shortages, said Ricardo Villalba, a lead researcher at the Argentine Institute of Snow, Glacier and Environmental Studies (IANIGLA). ).

“Here we are witnessing a process of long-term reduction of rainfall, ie mega-drought,” said Villalba.

“When you look at the rainfall levels for all the Cordilleras, they tell you that the snow was not falling at all or was falling very little,” he added.

Winter is now in the southern hemisphere, when snowfall should be abundant. The ski resorts are open but mostly covered with artificial snow.

The Andes glaciers are receding rapidly and dramatically

Satellite images from July 2020 and this year clearly show a decrease in snow cover, which is also reflected in the water level in rivers.

The Andean glaciers, which remained the same size between 2000-2010 or even grew, are now retreating rapidly and dramatically, Villalba points out.

This, he said, unfortunately happens to all Cordillera glaciers and is closely linked to the global warming that affects the entire planet.

Kosovo champions in the U18 category – Latest News