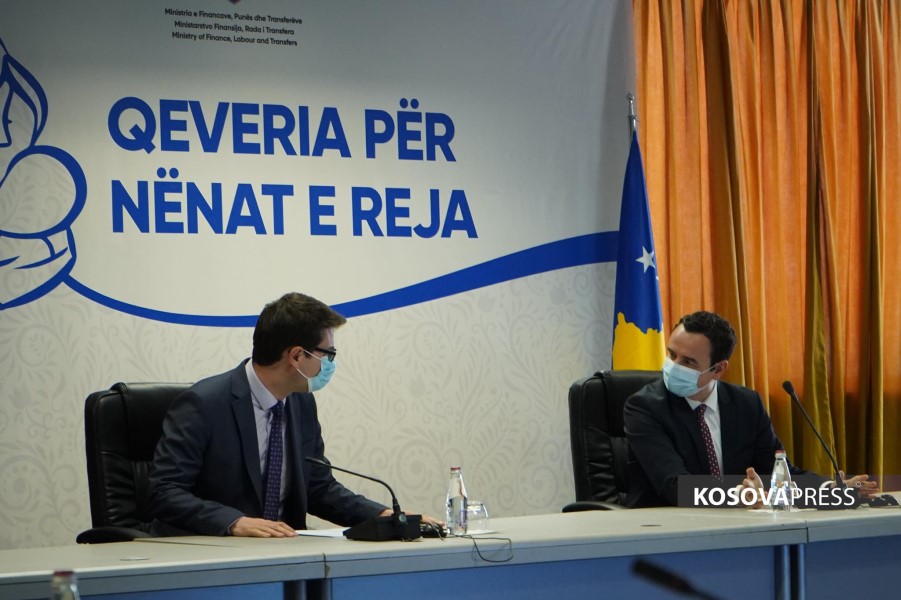 The government is launching measure 3.5, which deals with payments for midwives and child allowances from the Economic Revival Package.

The Prime Minister of Kosovo, Albin Kurti, said that today they are realizing their commitment without making 6 months of government to support midwives and child allowances.

With this support Kurti says they are increasing welfare and reducing poverty in the country.

The Minister of Finance, Hekuran Murati, a joint conference with the Prime Minister Kurti regarding the implementation of the measure 3.5-Payments for midwives and child allowances, from the Economic Revival Package, said that with the decision of this Ministry, new mothers (midwives) will to be supported by the Government including 170 per month and at the same time the gradual implementation of the program for child allowances will begin.

Support for children aged 0-24 months will be 20 euros per month, while for those under 16 years old will be 10 euros.

Prosecution alleges that while the victims were shooting at each other, the suspect deprived Blerand Kadrijaj of his life – Latest News