The first noises on the planet Mars are recorded 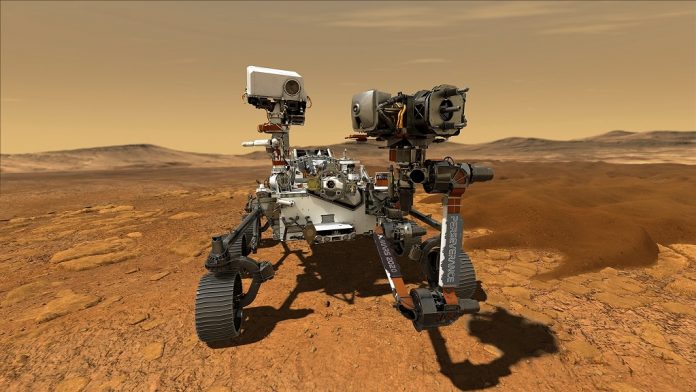 NASA has just released the first videos and images taken by Rover Perseverance as it landed – as well as the first sounds ever recorded from the surface of Mars.

Perseverance also made history by taking the first audio recording of sound on Mars.

A piece of noise was made available that includes the sound of winds 5 miles per hour blowing through the Martian landscape. The rover is equipped with two microphones – one designed to receive the rover’s landing audio last week, and the other fitted to the rover’s SuperCam instrument.

NASA officials speculate that there was a communication error between the system that converts sound from analog to digital and the on-board computer.