The German ambassador to Kosovo reacts to the previous EULEX decide 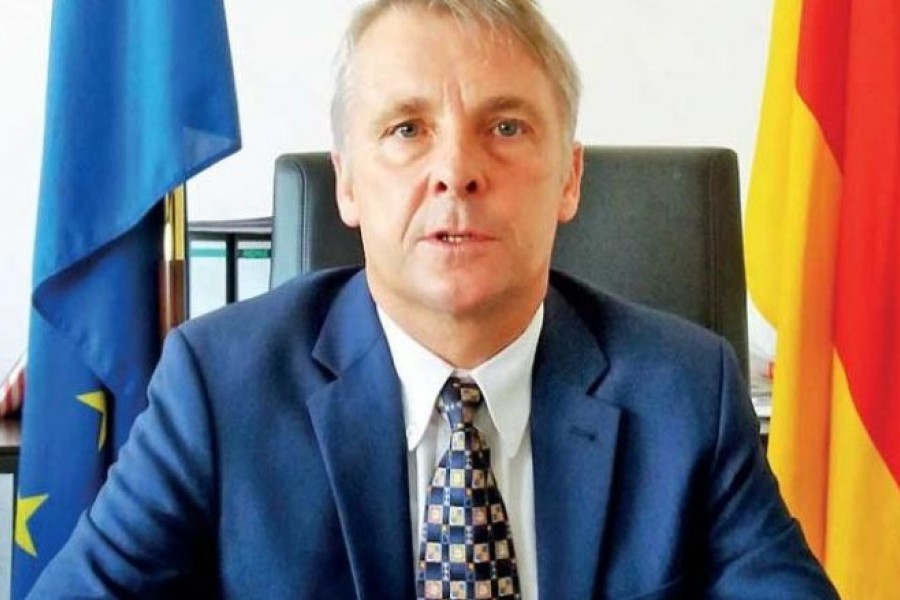 German Ambassador to Kosovo Jorn Rohde reacted to former EULEX Judge Malclom Simmons who reported Monday to members of the Committee on Legislation, Mandates, Immunity, Rules of Procedure of the Assembly and the Oversight of the Anti-Corruption Agency. during the years of EULEX in Kosovo.

Rohde is concerned why the Kosovo Assembly has given a platform to former EULEX judge Malcolm Simmons for what he says is Simmons disinformation campaign.

“EULEX’s very convincing and comprehensive denial of unfounded allegations. “I just wonder why the Assembly of Kosovo still offers former Judge Simmons a platform to continue this disinformation campaign,” the ambassador wrote on Twitter.

Through a video link, he said that EULEX aimed to remove from political life the persons he referred to as “big fish”, while presenting cases where, according to him, the aim was only punishment and not the administration of justice. In addition, Simmons said that very little has been done in detecting and investigating war crimes in Kosovo, although in 2014 he leaked documents, including information on Serb suspects and all personal data of Kosovo victims.

However, he said that at this stage I can not give detailed data, but if the commission decides to open a full investigation, it will provide details and documentation to support its claims.

Simmons said that when he discussed with EULEX why the war crimes investigations carried out by Serb suspects were not postponed, he was told that the Serbian authorities did not have the resources and the will to investigate them.

Very convincing and comprehensive #EULEX rebuttal of the unsubstaintiated allegations. I just wonder why the Kosovo Assembly @KuvendiRks still provides former judge Simmons with a platform to continue this disinformation campaign. https://t.co/wB3kOZQnWD

Clashes between seven people in Gjakova, one injured and three injured – Latest News