The German medium dedicates the article to Dhurata Dora 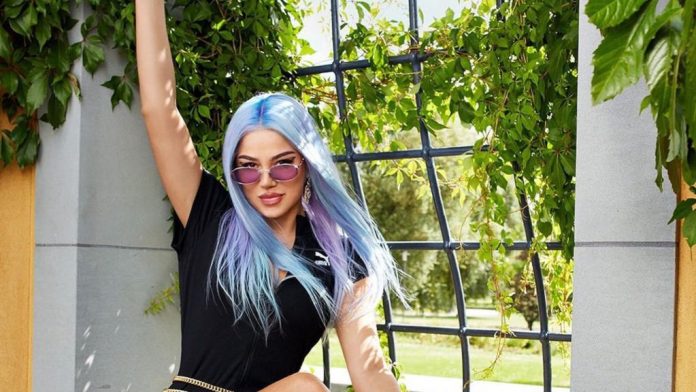 Dhurata Dora is 27 years old, born in Nuremberg and is penetrating the European charts as a singer and singer with modern, urban and hip-hop dancehall mixed with Albanian lyrics (“Heart”), writes InStyle.de, tranmseton lajmi.net . The fact that her name does not sound typical German is because Dhurata’s family comes from Kosovo, Dhurata debuted in her parents’ hometown.

“Early in my career I had to fight in many countries so as not to turn into a ‘fun doll’ the patriarchal mentality was more prevalent at the time,” Dhurata said in an interview with InStyle. But, she continued her journey with confidence, successfully, Dhurata’s modern style comes as a mix of dancehall, urban and hip-hop mixed with Albanian lyrics and western-influenced performance, which was well received.

That was ten years ago, today Dhurata Dora has over two million followers on Instagram alone, while the project “Heart” was broadcast over 500 million times (and went platinum) and since 2019 it was ranked in the European charts. The 27-year-old is currently working on a new album that will be released this year.

Finally, it was announced that Dhurata Dora, along with other well-known women such as Dua Lipa, Cara Delevingne and Winnie Harlow, is part of the Puma campaign “She moves us”, a communication platform for strong women who make a difference. through sport, culture and values. “Participating in the ‘She Moves Us’ campaign and representing her as a migrant girl who has found her golden mean between the two cultural worlds towards independence means a lot to me,” Dhurata said.

It is not surprising that she was chosen as ambassador for the Puma campaign, The Gift is mega-style. “I hope to be able to inspire many women as part of this campaign, women who have grown up between different cultures and who may be limited in their self-realization as a result or women living in places where their performance is not “Right because of institutional complaints, it is always worth fighting for your dream and your independence”, the singer declares.

The new music project by Dhurata Dora is expected to be released in June, which is a song in collaboration with a very special artist and is expected to top the charts again. / News / WHAT HAPPENS WHEN KEWS AND A SET OF BUNS MEET? The baker from Čačak has a brand new specialty – “ĆELEPINJA” which has grow to be an actual hit