The place is Kosovo – KosovaPress going 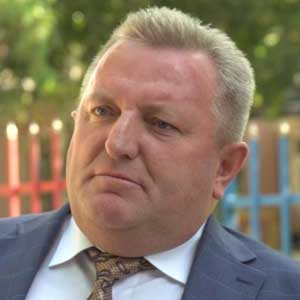 (Huan: commenting on the content of the Franco-German document “non paper”, AP)

The document or informal letter “non-paper” is published, which is expected to be discussed at the first meeting of the great betrayal if it will happen, Kurti-Vucic in June, at the Paris meeting.

Kosovo is moving from the Declaration of Independence of February 17, 2008 and the international recognition of the US +, and confirmed the right to independence from the ICJ, towards “non paper” Franco-German.

This informal or unofficial document is taking Kosovo back to the stage of the political process when we were offered the “Ahtisaari Package”.

This package, which is considered as constituting the legal-constitutional foundations of the state of Kosovo, became the target of the attack of the political struggle of the Kurti movement for self-determination.

This “Constitutional Package” was tried to hit with the alternative “Ahtisaari plus”, which was also promoted as a policy of Belgrade, but is now being offered in the most dangerous version for the integrity of the state, political sovereignty, unitary character and constitutional order. So, as a “non paper” authored by Germany, economically “occupied” by Russia and France, sensitive to the great Serbia.

Pako Ahtisari envisaged as possible, if Kosovar politics allowed, the creation of an association of municipalities with homogeneous populations, as a constitutional category. But always going through parliamentary ratification and constitutional harmonization.

This agreement, which is expected to emerge from the informal Franco-German document, is challenging the Ahtisaari Package and the basis of Kosovo’s constitutional order as a unitary state, in a format that de facto and de jure is creating the Republika Srpska in the north and with political competencies. legal and security in all locations of Orthodox religious sites.

With this unprincipled movement and in conflict with the national objectives of the Albanians conceived over the decades and the sacrifice made for them, the “proposal of Slobodan Milosevic, which offered more than autonomy and less than a republic” is being implemented. In fact, this is happening in a more perfidious dimension and is being formatted “Republika Srpska alias Autonomous District of Northern Kosovo”.

So, the meaning of the slogan “normalization of relations” with this unofficial letter, or “non-paper” offers the German-French initiative to create an expanded Autonomy and with its own institutions for Kosovo Serbs and other settlers in the north of the country. which is defined by the administrative name “Autonomous District of Northern Kosovo” and is considered a special territorial administrative unit of regional self-government in Kosovo that has the right to have legislation, regional economy, finances, property, infrastructure, culture, education, health, social welfare , justice, services, housing, urban development and European cooperation in line with the Constitution of Kosovo and local government legislation.

This intriguing wording should be seen in the context of the Constitution of Kosovo which allows the establishment of the Association signed in 2013 but can not stop independence in a period of eight years. In this format, as offered by the Franco-German non paper, it is automatically created as an independent administrative unit.

Now this Serbian initiative has an opportunity to be achieved even outside the standards of the constitution of Kosovo, from the agreement that is expected to be discussed at the Paris meeting.

This so-called “Autonomous District of Northern Kosovo” will include the territories of four cities / municipalities such as North Mitrovica, Leposavic, Zyberpatok, and Zvecan with 170 villages in the area, respectively the city of Zvecan and its 35 villages, Leposavic and 72 villages, North Mitrovica and nearby cadastral areas and Zubin Potok and 63 surrounding villages.

In fact, these bodies by analogy are the President / Governor whose affiliation is understood. The assembly, which is composed of representatives of community residents in these ethnically cleansed settlements.

This document also determines the status of the Orthodox Churches. They are not considered the heritage of Kosovo, nor did they come under local legal and institutional protection, but are considered Serbian heritage. This informal document further states decisively that the Church and its internal organization should be recognized as “self-governing entities” of Kosovo’s political and constitutional system, that “ownership should be inviolable”, and should enjoy status privileged ”. This includes more than 40 churches and cultural sites, as an essential part of the Serbian Orthodox Church, which in accordance with the constitutional changes, should be led by the patriarch of the Serbian Orthodox Church, which should have its headquarters in the Patriarchate of Peja.

All this orients us towards the question of what Kosovo gets from this agreement ?!

A logical expectation would be the recognition of Kosovo’s independence as a state and the normalization of relations with all the conditions trumpeted by the current government and Prime Minister Kurti regarding recognition such as, apology, war reparations, genocide and war crimes indictment and admission by Serbia etc. But, according to the “non paper” on which this agreement is reached, all these have as a reward the “non-opposition” of Serbia to Kosovo’s application for membership in international institutions.

Other points of this informal document were the creation of an economic zone as a stimulus for economic development in both countries, conceived according to European practices for free economic zones, where it is thought to extend to the region of Mitrovica and Novi Pazar.

Another interesting condition of this agreement that should be implied is that neither of the two states “can represent the other state in the international arena or act on behalf of the other state”, creating the dilemma of whether we are talking about an independent state !?

The signing of this document should also mean the imposition of changes to the constitutions of both countries and then mutual recognition after the constitutional and territorial re-arrangements, since Serbia has Kosovo in its preamble. Kosovo will also need to initiate the abrogation of the SC / UN Resolution and replace it with the act of Kosovo’s accession to the UN.

Establishment of Permanent Diplomatic Missions, which will be treated in accordance with the Vienna Convention on Diplomatic Relations “, the document specifies.

That Serbia will be at the feet of the state power of Kosovo through this agreement in an obstructive way throughout the common neighborly existence, shows the institution that predicts that both parties will establish a “Council of Mutual Friendship” that will convene the governments of both countries each year to ensure the “implementation of legally binding agreements”, to promote bilateral cooperation in areas of common interest, as well as to broaden the perspective for European integration “.

September, 2022 is the time when I will report to Borell before the General Assembly at the United Nations, for the “great” achievement that presupposes the signing of this agreement !?

Only a Platform that will put the frameworks beyond which can not go out and that preserve the independence, territorial integrity, political sovereignty and the unitary constitutional character of the Republic of Kosovo, must prevent the great evil that is being brought to the future of our country .

If these claims are not stopped by institutional policies and constitutional ways, then the rulers of this country must act as they did in the years of the war for freedom and liberation from the Serbo-Slavic occupation of Milosevic’s time.

Otherwise, there is an offensive dilemma whether the war and the sacrifice that was made for decades and with emphasis on the KLA war of 1998/99 was worth it. How will the loss of lives of people of all ages be justified, about 15 thousand citizens killed, of them 1300 children, martyrs, invalids, missing, over 20 thousand women raped and minors, about 60% of the destroyed infrastructure, dismantled institutions, theft of cultural heritage, artifacts, cadastral books, civil status books and many other damages that are difficult to compensate. The number of missing and missing people still wanted, and many other vicissitudes through which the Albanian people of Kosovo go through.

The Milosevic regime in 1995/96 also offered such solutions, which are not in line with our expectations and sacrifices. To return to those Milosevic solutions, why did you have to go through these sacrifices? Why did the war have to take place ?!

Is this place really left without God? Is it really left to be abused by ghosts who are abusing freedom. Is there really no one who keeps the legacy of the martyrs of freedom. Will it really be allowed to abuse our freedom and our country in the name of the citizens’ vote. Yes, even Milosevic and his mercenaries won votes in Kosovo and ruled and abused us in the name of that vote.

But freedom does not make sense. Because everything has its roots in the earth, except the freedom it has in its blood. And this blood and the trust he carries should not be allowed to be violated. Here I believe to reflect in Albanian also Mr. When you!

Even today, sunny days, the weather is expected to change tomorrow – Latest News