The trial of Miroslav Aleksić was postponed 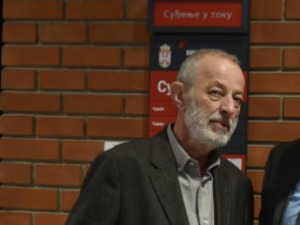 The previous hearing, at which Aleksić began to present his defense, was interrupted due to a report of a bomb planted in the Palace of Justice.

Actress Milena Radulović was the first to report him for sexual abuse, and soon Iva Ilinčić and other girls joined the accusations against him.

He was arrested on January 16 last year and was in custody until September 10, which was then replaced by house arrest with electronic monitoring.