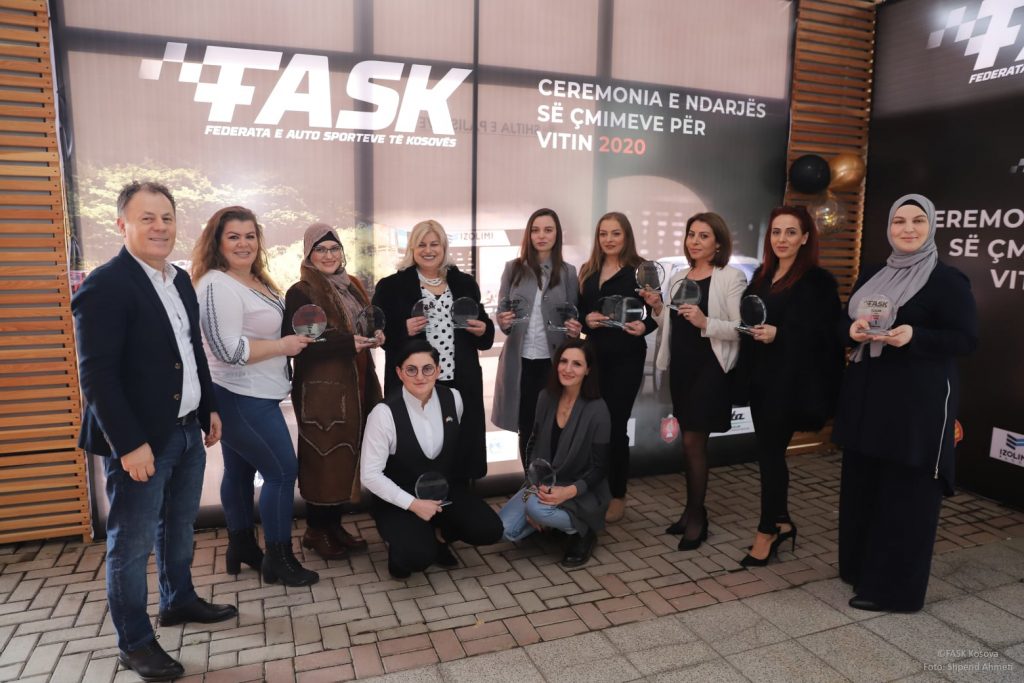 The Federation of Auto Sports of Kosovo (FASK) has announced the best for 2020.

In a ceremony organized differently from previous years (due to the pandemic), FASK honored the most successful competitors in various disciplines and classes, in the competition of women and men, but also many individuals and institutions, which in ways various contributed to the progress of the championship.

The President of FASK, Ismet Rexhepi, has evaluated the 2020 championship as successful.

“It was a challenging year for all humanity, including sports, and in this case the auto sport of Kosovo. However, we managed to finish the championship in the best way, we even went beyond the others, as we are the only ones who also organized drag races for women. Of course, there is always room for improvement and we hope that in the future we will achieve even better results, have better organizations and aim to be on par with countries that have more developed auto sports “, said Rexhepi.

In addition to the best in classes and disciplines, FASK awarded him several awards and recognitions.

Zana Daka was honored as a distinguished athlete, for her contribution to the advancement of women, the only competitor in the mountain discipline, while Ernest Daka as the 1985 champion in the karting discipline.

After a while the match between Florian Markut and Rylan Charlton starts, here you can watch it live – Latest News

In addition to beating him, Mark also found time to make fun of his opponent in the ring – Latest News