This is what the women candidates for prime minister do 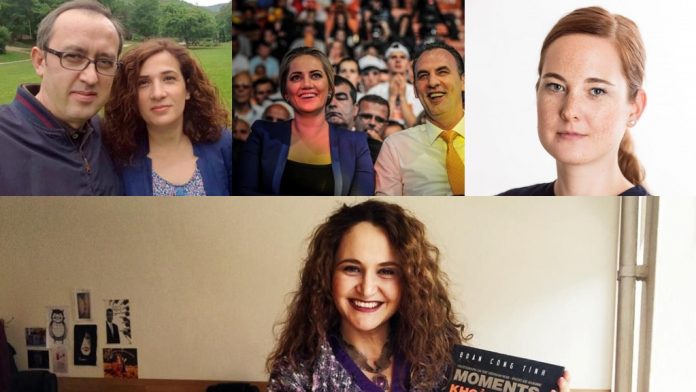 Being a public face, without a doubt you are in the center of attention, this luck is also enjoyed by our politicians, in addition to the profession, they often publish beautiful family moments.

We start with the candidate for prime minister from the ranks of PDK, Enver Hoxhaj who is the husband of university professor Remzie Shahini-Hoxhaj.

The couple are an extremely happy couple, as they exchange beautiful messages for each other even on social networks, they are the parents of two children, Liri and Leas. The LDK candidate for prime minister, Avdullah Hoti, is married to Servete Ukaj Hoti, who works for the Kosovo Judicial Council.

They have two sons. Fatmir Limaj is the candidate for prime minister from the Nisma party, who is married to Arlinda Balaj Limaj, does he belong to the profession, it is not that he has declared that he works in any profession.

Recall that from the first marriage he has three daughters and a son and has a daughter with his second wife. In terms of profession Rita Augestad Knudsen is a senior researcher at NUPI and part of the Research Group for Security and Defense, they are the parents of a girl named Lea./Kosovarja