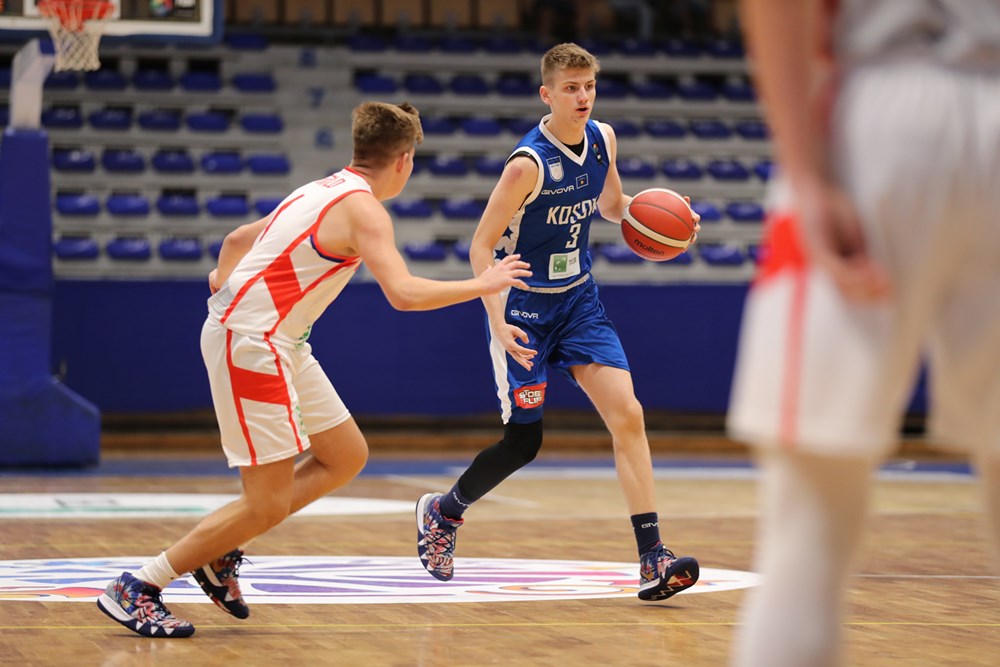 The young basketball players of Kosovo started the match better, winning the first quarter with a result of 8:19. Dardan continued with a good game in the second period, they were even dominant, allowing the opposing team to score only three points in 10 minutes, and scored 23, going to the break with a result of 11:42.

“Kosovo did not stop even in the third period to deepen the lead even more, where they were convincingly better in this part 8:16, while the result at the traffic light after 30 minutes was 19:58. In the last 10 minutes it was an aggressive game of Kosovo and with pressure on the whole field, not allowing Gibraltar to score any points, while scoring 40, for the final result 19:98. In Kosovo, Jon Ismajli stood out with 25 points, eight rebounds and 10 assists. “This was the third victory in a row for Kosovo, while Gibraltar has one victory and two losses”, it is said in a post of the Basketball Federation.

The last match for tonight will take place between Luxembourg and Malta.

Tonight, more than an hour of waiting to leave Kosovo – Latest News