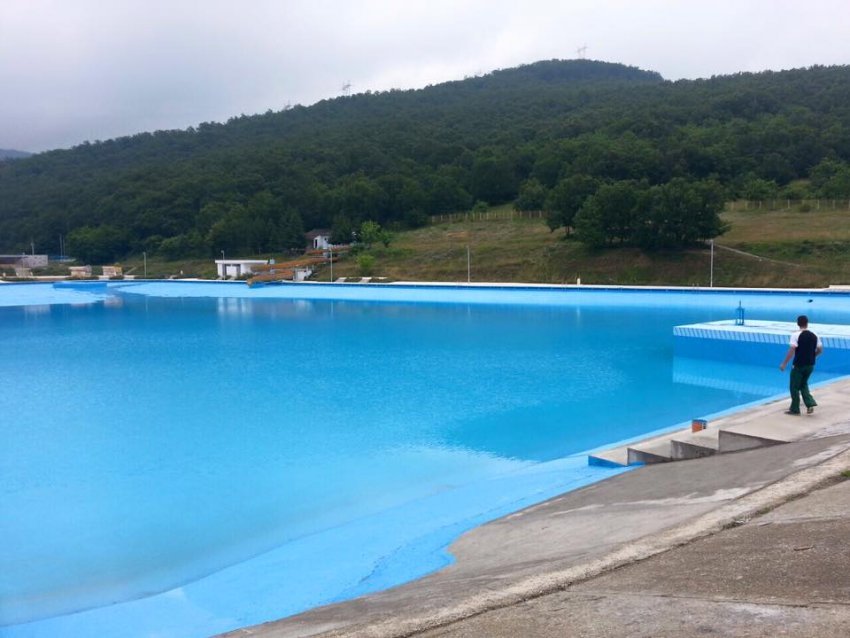 Today at 10:00 the Germia Pool will open. The company that manages it, stated that all preparations have been made for the opening of the pool according to the rules of the National Institute of Public Health of Kosovo

The director of the Sport – Marketing Enterprise that manages the Germia Pool, Liridon Llapashtica said that it has been waiting for a week now for this pool to open, since the traditional dates were June 12, 15 and 17 when the citizens also remembered that Gërmia pool has started with the summer season.

Llapashtica says that they have been ready for the opening of this pool for a month now and have followed all the procedures so that the pool has all the conditions for visitors.

In the Prishtina region, 10 driver’s licenses were…

Daut Haradinaj visits the farmers of Prishtina, here is what he…

“We have recruited a staff of 10 rescuers within a memorandum we have with the Faculty of Physical Education who are all licensed as rescuers, then we have the maintenance team where there are eight people and we have the ambulance and the doctor who will “be available all day since the pool is open,” he said.

Further, he says that they have not received any manual from the Ministry of Health this year, but that they will follow last year’s one which has to do with behavior in swimming pools during the pandemic.

“At the moment of the release of the measures, it was said that on June 15 will be the public manual that will be sent to all institutions that deal with both in terms of sports and recreation. But now that three days have passed since June 15, no manual has been sent to us. “We are based on last year’s manual, which was from the NIPHK, but we as an enterprise also received a manual from the WHO, where we then based on how we should behave in times of pandemics,” he said.

In the Prishtina region, 10 driver’s licenses were confiscated last night

Strict vehicle controls in Pristina by the Kosovo Police