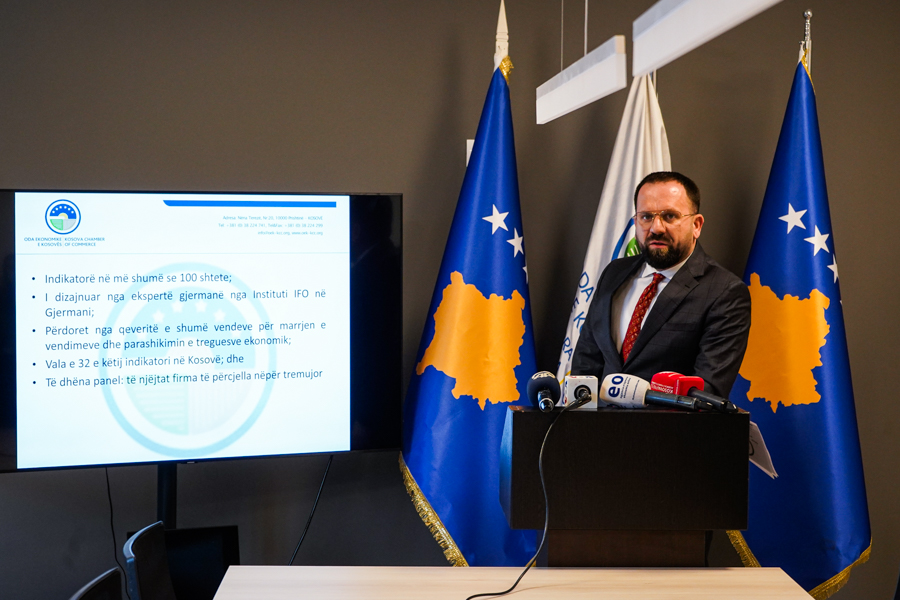 However, compared to the previous quarter, the business situation has marked a slight improvement, as the percentage of businesses that assess the current situation as unsatisfactory is lower for positive expectations.

This was stated by the President of the Kosovo Chamber of Commerce, Berat Rukiqi at the press conference where he presented the main findings from the business survey for the fourth quarter of 2020.

“We have a halving of expectations, this reflects the consequence of the pandemic where companies have less investment, companies have slowed down many projects they had for 2020 and this has resulted in less expectations for employment, which shows us the state of the private sector itself. However even this is better than the third quarter, there is an increase in employment expectations that reflects compared to the quarter of 2020, the fourth quarter has a more positive trend and a greater satisfaction of businesses. If we look at this quarter we have a significant improvement of the confidence indicator, in the second quarter it was minus 44.7 percent, in the third quarter of 2020 minus 33.8 percent, while in the last quarter of 2020 it is minus 4.1 percent. Still negative, the developments have been such that they do not have enough confidence in relation to their expectations. And we are hoping that Q3 of 2021 and in general 2021 will send us in a positive trend, but this also depends on the actions to be taken in relation to the support of the economy, which is badly damaged by the pandemic “, stressed Rukiqi.

He also said that the expectations for the next six months are almost similar to Q4, about 41 percent of respondent companies have estimated that their business situation in the next 6 months will improve.

The head of KCC stressed that in discussions with the Government that a financial support is projected for 2021 as well as a special request for support of sectors that suffered in the last 12 days from the restriction of activities for gastronomy, shopping malls and others.

“We are discussing how to design a financial support for 2021. We know that the government is in the first days of work, we have submitted a request for this part related to these 12 closing days for two sectors and for partial closure for some other sectors. “Then, what awaits us is a clear plan on how to get out of the economic crisis and reverse the positive trend”, stressed Rukiqi.

According to Rukic, compared to the previous quarter, expectations have increased by 6 percent, however, according to him, about 1/4 of the companies interviewed expect to keep the same number of employees in the next three months. Rukiqi expects economic growth to decline by about 6 percent, as were the IMF forecasts for Kosovo.

Official: 12 clubs have confirmed their participation in the European Super League – Latest News