WHO is monitoring circumstances of “mysterious lung illness” in Argentina 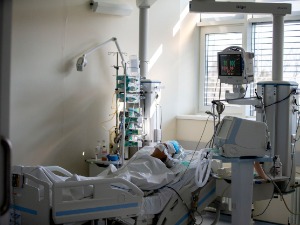 Ten cases have been linked to a private clinic in the northwestern Argentine city of San Miguel de Tucumán, the Pan American Health Organization, the WHO’s regional office, said.

All tests for known respiratory viruses and other viral, bacterial and fungal agents are negative, and the authorities reject the possibility of covid-19, according to the statement.

Biological samples have been sent to Argentina’s National Directorate of Laboratories and Health Institutes for additional testing, which will include analysis for the presence of toxins.

Michael Osterhom, an expert in infectious lung diseases from the University of Minnesota, believes that the cause of the disease could be something that the patients inhaled, since the lungs of the patients are largely affected by the infection.

According to him, “mysterious diseases” sometimes occur, and are most often explained by local causes that generally do not have pandemic implications.

He added that he expected more precise information from Argentine health officials in the next five to seven days.