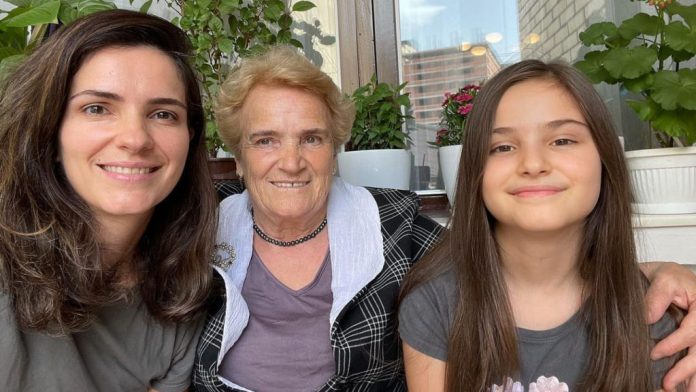 The wonderful actress of theater, film and television, Yllka Gashi, has been living far from Kosovo for years, as she and her family have settled in the USA.

The actress, although far from being the center of public attention, after the film “Hives”, where she plays the lead role, won three awards at the “Sundance” festival. While experiencing a triumph in the professional aspect, the actress was facing great pain for the loss of her father, who was defeated by Covid 19 and Yllka had not managed to come to his funeral, writes “Kosovarja”.

Now, the Kosovar actress has returned to her homeland and embraced her dearest, mother. / Kosovarja /