You saw the quarrel with Vjosa and Albin 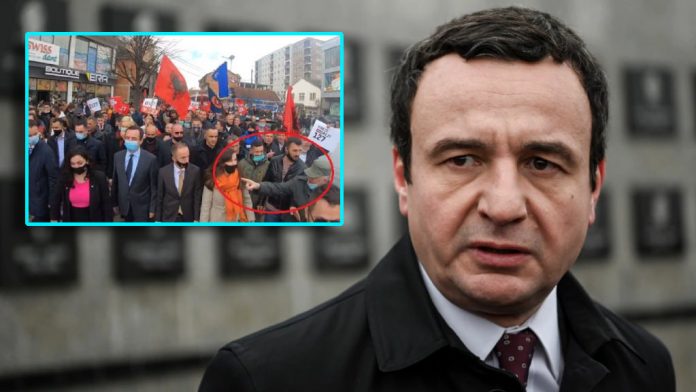 A citizen in Shtime intervened during the walk of Albin Kurti and Vjosa Osmani in this city, who approached the president of VV shouting “You can see the quarrel with Vjosa o Albin”.

VV President Albin Kurti and Acting President Vjosa Osmani have paraded through the city of Shtime with many of their supporters.

During this parade, a citizen approached Kurti and Osmani, pointing to the chairman of VV that he would see the quarrel between Vjosa Osmani and the coalition.

“You will see the quarrel with Vjosa o Albin”, he said in Shtime.

After that, Vetëvendosje activists intervened and removed the citizen from the crowd./kosovarja